‘We are all minorities in India’: Shashi Tharoor on nationalism and the constant struggle to belong 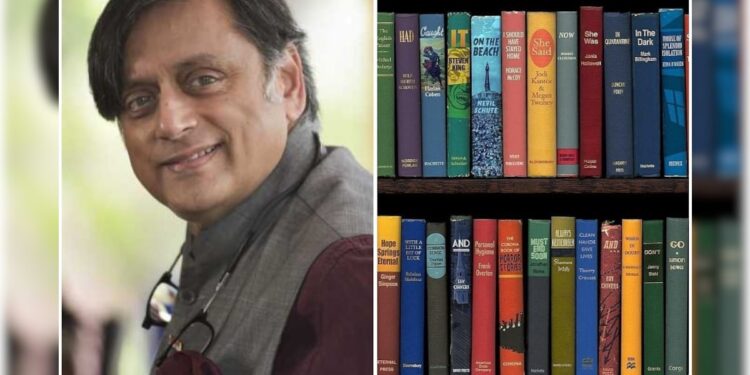 There is a very defined trajectory to the literary pursuits of Shashi Tharoor. Whether it’s books like India: Midnight to Millennium (1997) and India Shastra: Reflections on the Nation in Our Time (2015) or later, Why I am a Hindu (2018) the politician and writer cannot free himself from the themes of nationalism, secularism and patriotism. In his latest offering titled The struggle to belong, Tharoor takes another look at similar questions, examining how our gender, caste and religious identities align with the rapidly evolving definition of nationalism and patriotism.

The author says that despite India’s ‘countless problems’, it is democracy that has allowed Indian citizens of different caste, creed and culture to break free from their age-old subsistence level. The author writes: “There is social oppression and caste tyranny, especially in rural India, but democracy offers the victims a means of escape, and often – thanks to the determination with which the poor and oppressed exercise their right to vote – of triumph. The various schemes set up by successive governments since independence for the betterment of the rural poor are the result of this bond between Indian citizens and the state.”

And yet, in the more than seven decades since we became free, democracy has failed to unite us as a people or create an undivided political community. Instead, we have become more aware than ever of what divides us: religion, region, caste, language, ethnicity. The political system has become looser and more fragmented. Politicians are mobilizing support along increasingly narrow lines of political identity. It has become more important to be a “retarded caste,” a “tribe,” or a religious chauvinist than it is to be an Indian; and for some it is more important to be a ‘proud’ Hindu than to be an Indian,” Tharoor writes in the book.

Tharoor points out that despite the illusion some may have that they are part of the ‘majority community’ and therefore immune to the dangers of the minorities, this is not true.

“Because, as I have often argued, we are all minorities in India. A typical Indian getting off a train, say a Hindi-speaking Hindu man from the Gangetic state of Uttar Pradesh (UP), might be under the illusion of representing the ‘majority community’, to use a phrase that much loved by the less zealous of our journalists. But he literally doesn’t. As a Hindi-speaking Hindu, he belongs to the faith held by about 80 percent of the population, but a majority of the country does not speak Hindi; a majority are not from Uttar Pradesh; and if he visited Kerala for instance, he would find that the majority there are not even male. Even more telling is that our archetypal UP Hindi-speaking Hindu only needs to mingle with the multilingual, multicolored crowds thronging one of India’s major railway stations to realize how much of a minority he really is. Even his Hinduism does not guarantee a majority, because his caste automatically places him in a minority too: if he is a Brahmin, 90 percent of his fellow Indians are not; if he’s a Yadav, a “retarded class,” 85 percent of Indians aren’t, and so on. Or take language. As I said before, the Constitution of India today recognizes twenty-two – our rupee notes proclaim their value in fifteen languages ​​- but in fact there are twenty-three major Indian languages ​​(if you count English), and thirty-five which are used by more than a million people. spoken (and these are languages, with their own scripts, grammatical structures and cultural assumptions, not just dialects – if we were to count dialects, there are more than

Each of the native speakers of these languages ​​is in a linguistic minority as none enjoy majority status in India. Thanks in part to the popularity of Hindi cinema in Bombay, Hindi is understood by about half of the Indian population, if not always well spoken, but it is by no means the language of the majority; indeed, its pronunciations, gender rules and writing are unknown to most Indians in the south or northeast. Ethnicity further complicates the idea of ​​a majority community. Usually an Indian’s name immediately reveals where he comes from and what his native language is; when we introduce ourselves, we advertise our origin. Despite some elite-level intermarriage in the cities, Indians remain largely endogamous, and a Bangladeshi is easily distinguished from a Punjabi. The difference this reflects is often more apparent than the elements of commonality. A Karnataka Brahmin shares his Hindu faith with a Bihari Kurmi, but feels little identity with him in appearance, dress, customs, taste, language, or political objectives. At the same time, a Tamil Hindu would think that he has much more in common with a Tamil Christian or Muslim than with, say, a Haryanvi Jat with whom he formally shares a religion.

Why am I hammering on these differences? To make it clear that Indian nationalism is indeed a rare animal. This country does not impose strict rules on its citizens: you can be many things and one thing. You can be a good Muslim, a good Keralite and a good Indian at the same time.”

Tharoor says the foundation of the Indian nation is unusual in today’s world and while it works in practice, it doesn’t hold up very well in theory because it isn’t tied to any particular language, or geography, or creed. The author writes,

“…Indian nationalism is the nationalism of an idea, the idea of ​​what I have termed an eternal land – emerging from an ancient civilization, united by a shared history, supported by a pluralistic democracy under the rule of law. So, as I never tire of pointing out, the basic DNA of India is of one country that includes many. It is the idea that a nation can absorb differences of caste, creed, color, culture, cuisine, creed, consonant, costume, and custom, and still rally around a democratic consensus. That consensus revolves around the simple principle that in a democracy under the rule of law, you don’t really always have to agree, except on the basic rules of how you’ll disagree.

The reason India has survived all the tensions and tensions that have plagued it for more than seventy years, leading many to predict its impending disintegration, is that it has maintained a consensus on how to run it without consensus. Today, some in positions of power in India seem to question those ground rules, which is unfortunately why it is all the more important to reaffirm them now. What binds together this whole concept of the Indian nation is, of course, the rule of law, enshrined in our constitution.”

The following excerpts from the book, The Battle of Belonging, are published with permission from Aleph Book Company.