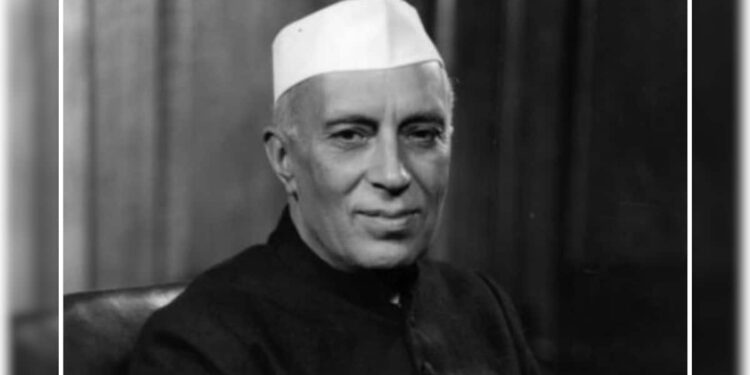 As the first prime minister of independent India, Jawaharlal Nehru had to make a series of difficult decisions. Just a few months later, India had already witnessed several incidents of communal violence instigated by the colonial rulers, including the bloody Partition riots. Therefore, despite being a secularist in the Western mode, Nehru knew that the ideals of Western secularism would not work for India.

As debates over secularism in India rage again in parliament, the streets and social media, an essay entitled Secularism: Central to a Democratic Nation by academic Neera Chandhoke, published in the book Vision for a Nation: Paths and Perspective, launched this week, offers insight into how Nehru, who was personally quite “impatient with religion,” changed his stance on religion and his place in politics after the partition riots. In the essay, Chandhoke writes:

One would expect that Nehru, a secularist in the Western mode, would ban religion from the public sphere of politics, as Kemal Atatürk had done in Turkey, and force the idea of ​​religion as a private faith on his people. But that would have been both bad history and bad politics. Religion in India was not just faith. All sorts of politics had built up around religion, ranging from consciousness of religious identity and consequent politicization to competitive nationalism and division. Because both the ubiquity and political potency of religion had gripped public opinion, Nehru could hardly ignore the command of religious politics in the public sphere. Nor could he relinquish his responsibility, that of calming religious passions. What he could do was see to it that India’s future was civilized, civil, secure, democratic and secular.

And Nehru has tried. On January 24, 1948, Nehru clarified his views on Indian secularism in a convocation speech at Aligarh Mulsim University. Chandhoke writes:

… Do we believe, he (Nehru) asked, in a nation state, which includes people of all religions and shades and is essentially secular as a state, or do we believe in the religious, theocratic conception of a state that considers people of other religion as extraterrestrial? The idea of ​​a theocratic state was abandoned by the world some time ago and has no place in the mind of a modern person. And yet the question must be asked in India as some of us have tried to jump to a bygone era. Whatever confusion the present may contain, he said, in the future, as in the past, India will be a country of many religions honored and respected in equal measure, within a tolerant, creative nationalism, not a narrow-minded nationalism. that lives in its own shell.

In 1961, in a preface to a work on secularism, Dharam Nirpeksh Raj by Raghunath Singh Prime Minister Nehru has further elaborated the concept of secularism. We, he said, call our state a secular state. There is no proper Hindi word for secular. Some people think it means against religion. But this, he wrote, is not the correct understanding of secularism. It means a state that honors all faiths equally and gives them equal opportunities, which as a state does not allow itself to adhere to one faith or religion, which then becomes the state religion. This is a modern view. In India we have a long history of tolerance, but this is not all secularism is all about.

Strictly speaking, we don’t have to propagate secularism to grant religious freedom. This freedom may arise from, and be part of, Article 19, which guarantees the fundamental right to liberty guaranteed to every citizen. But a secular state cannot stop at granting the right to religious freedom. The principle of secularism goes further and ensures equality between all religious groups. But then the general right to equality conferred by Article 14 of the Fundamental Rights Chapter can protect equality between religious communities. If we left it at this, secularism would become obsolete, it could well turn into a democracy.

Secularism goes beyond equality and freedom in two ways. As an accompanying concept of democracy, secularism extends individual rights to equality to religious communities and guarantees equality between them. Second, the state is not aligned with any religion. These pledges establish the credentials of a secular state. Or secularism, we might say, promises that the state would not join any religion — especially the majority religion — nor perform religious duties of its own, and ensure that religious minorities are treated equally by the state.

The second and third components of secularism—equality of all religions and disengagement from all religious groups—were specifically designed to assure minorities that they had a legitimate place as citizens in the country, and that they were not discriminated against. . Accordingly, secularism established that the majority group would not be privileged in any way. The creed simply discouraged any pretense that a demographically numerous religious group had the right to stamp the body politic with its ethos.

The essay argues that while congressional leaders used the term “secularism” in the pre-independence period, the concept was curiously never defined or elaborated as a principle of state policy. Nor was it part of the preamble to the Constitution until 1976, through the Forty-second Amendment. However, Chandhoke writes:

… But the seeds of secularism were present during the debates in the Constituent Assembly. For example, most members agreed that the preamble to the Constitution should not contain any reference to God. On October 17, 1949, during discussions on preamble wording, HV Kamath proposed an amendment that the preamble should begin with the phrase “In the name of God.” Similar changes were made by Shibban Lal Saxena and Pandit Mohan Malaviya. Other members objected and a majority of members expressed the belief that religion was a matter of individual choice and not the signpost of a collective.

Pandit HN Kunzru noted with regret that an issue concerning our deepest and sacred feelings had been raised for discussion. It would be much more consistent with our belief that we should not force our feelings on others, and that the collective view should not be forced on others. “We invoke the name of God, but I venture to say that in doing so, we are displaying a narrow sectarian spirit, which is contrary to the spirit of the Constitution.” Kamath’s amendment was rejected.

Vision for a Nation: Paths and Perspective a collection of essays such as A Land of Belonging written by Shashi Tharoor, Indian Nationalism vs Hindutva nationalism by Sitaram Yehchury, From Largest Democracy to Greatest Democracy by SY Quraishi and many more. It is edited by Aakash Singh Rathore and Ashis Nandy. It is the first book in a fourteen-part series on Rethinking India to be published by Penguin.