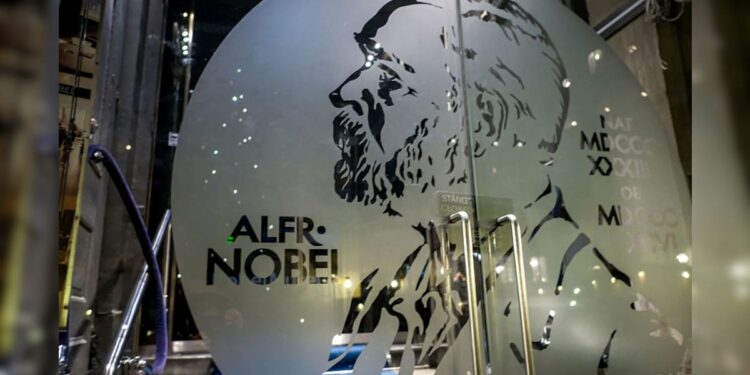 Stockholm: The Swedish Academy stunned the world last year when it awarded the Nobel Prize in Literature to American counterculture icon and rock star Bob Dylan. This year, experts say, the laureate will be more conventional.

Weeks of speculation and buzz about the Academy’s pick for 2017 will come to an end on Thursday afternoon when Permanent Secretary Sara Danius announces this year’s winner.

Not only are the 18 Academy members expected to make a more orthodox choice, predictions are that they will also honor someone who enjoys broad consensus and is considered Nobel-worthy, setting the media spectacle surrounding Dylan’s victory. would like to avoid.

The rock legend, the first singer-songwriter to win the prestigious award, went without comment on his Nobel Prize for weeks, then turned down the formal award ceremony in Stockholm.

“The Academy is actually a very discreet society and we should not expect anything sensational this year,” Clemens Poellinger, literary critic of the Swedish daily Svenska Dagbladet, told AFP.

So who gets the wink?

The Academy is known for its cloak-and-dagger methods of preventing leaks, resorting to author codenames and fake book covers when reading in public.

Experts therefore try to parse the Academy’s latest interests to guess the winner, while gamblers have a field day on betting sites.

On Wednesday, novelists Haruki Murakami from Japan and Ngugi wa Thiong’o from Kenya had the lowest odds on many sites. They were followed by Canada’s Margaret Atwood, whose novel “The Handmaid’s Tale” was recently made into a well-received TV series, and the Israeli Amos Oz.

Does the prize go to another man? Of the 113 laureates honored since the prize was first awarded to France’s Sully Prudhomme in 1901, only 14 are women.

But the Academy insists it doesn’t take gender, nationality, language or genre into account.

“The gender balance among those who have received the award is shameful” and the Swedish Academy should be aware of this, said Rakel Chukri, the cultural editor of the regional daily Sydsvenskan.

If the Academy were to make a political choice, it could choose Syrian-born and secular poet Adonis, a stark critic of the dictatorship who blends classical and modern styles.

Halldor Laxness was the only Icelandic author to win the Nobel Prize in 1955.

Press behind the scenes

Each February, the Academy lists all the nominations it has received from those eligible — including former laureates and professors — before narrowing it down to five names in May.

The members then spend the summer reading those writers, before making their choice in October.

Behind the scenes, intense lobbying campaigns are mounted to influence the Academy, though its members insist they are immune to such efforts.

The lobbying can even backfire against the writers.

Kjell Espmark, a member of the Academy for more than 30 years, told Dagens Nyheter newspaper that the institution was regularly courted by regimes, especially in countries that have rapidly industrialized.

“They want an atomic bomb and a laureate,” he said.

He told how he was approached by then president Mario Soares during a visit to Portugal in the 1990s.

“He walked up to Jose Saramago and said, ‘You give the prize to this man.’ Saramago was so ashamed that he wanted to disappear,” recalls Espmark.

The Academy, which had already thought about Saramago for the award, was in a predicament, he said: Should they turn their backs on Saramago, or ignore Soares’ blunt move?

They finally honored Saramago in 1998. He remains the only Portuguese-language writer to win the Nobel Prize, although Antonio Lobo Antunes’ name appears regularly in the speculation.

“This year I think it will be Antonio Lobo Antunes or Ismail Kadare from Albania. They will think ‘Ah, of course they deserve the award’, and there will be no objection,” said Dagens Nyheter’s culture editor Bjorn Wiman.

His personal favorite for the award is the Korean poet Ko Un because, he says, “the time has come for a non-English speaker and an Asian”.