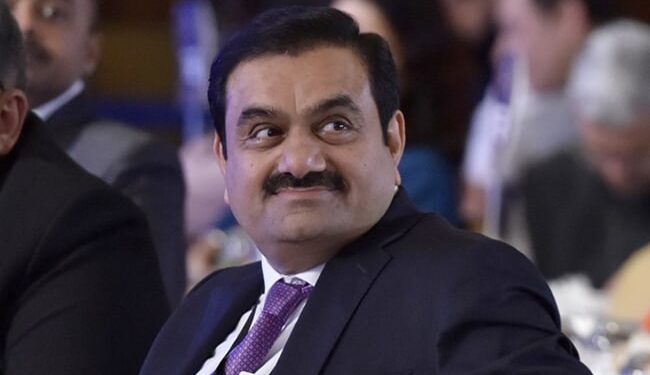 Gautam Adani’s group will invest more than USD 150 billion in companies ranging from green energy to data centers to airports and healthcare as it pursues the dream of joining the elite global club of companies with valuations of USD 1 trillion.

On October 10, Jugeshinder ‘Robbie’ Singh, Chief Financial Officer of Adani Group, described the growth plans of the group, which started as a merchant in 1988 and quickly expanded to ports, airports, roads, electricity, renewable energy, electricity transmission, gas distribution and FMCG and more recently in data centers, airports, petrochemicals, cement and media, at an investor meeting hosted by Ventura Securities Ltd in New Delhi.

Its foray into cloud services data center operations would entail a $6.5 billion investment in partnership with Edge ConneX and another $9-10 billion is planned for airports, where it is already the largest private operator. His foray into the cement industry with the acquisition of ACC and Ambuja cement involved an investment of USD 10 billion.

The foray into the healthcare sector, including insurance, hospitals and diagnostics and pharmaceuticals, would generate an investment of $7-10 billion, part of which will come from the Adani Foundation.

“Whatever you see today, it may seem like it’s happened in the past one or two years, but in reality we discussed this in 2015, both GSA (Gautam Shantilal Adani) and myself,” Singh told the investor. Adding the conglomerate’s meeting is the result of a well-thought-out business plan that involved snooping around existing businesses.

“Given what we had as a set of companies, we felt that if we had assets and companies of that type, we really should be a $1 trillion group. So we went through the steps we needed to take to get to the point. to come,” he said.

There are only a handful of companies worth trillion dollars or more. These include Apple, Saudi Aramco, Microsoft, Google’s parent company Alphabet, and Amazon.

Singh said the Adani Group has started to build its infrastructure and logistics portfolio in a way that it could grow into the top five in the world and not just India’s biggest player.

“Look at Adani Ports, Adani Transmission, Adani Total Gas, Adani Power, combined if you look at these companies, these companies are in the total infrastructure and the utility portfolio was made up of four core portfolios,” he said. “It is the fastest growing portfolio of any infrastructure portfolio of comparable size. Our primary industry vertical materials metals and mining is once again located next to our core infrastructure.” He explained the logic of the expansions and said it was logical for a trading company that the Adani group was active in the port sector. And as energy is vital for this, the move to distributed energy and finally to gas to provide an integrated logistics and infrastructure portfolio.

The recent foray into metals and mining is a continuation of this, as logistics and storage are an integral part of the cement industry.

Since energy and logistics are the largest components of all metals and materials businesses, the group has deemed it appropriate to enter copper, aluminum and cement businesses, he said.

He said energy remains at the heart of the Group’s future growth plans, and said Adani is making an Indian group’s biggest commitment in building the chain to produce hydrogen – the fuel of the future – and renewable power plants.

While in absolute terms the Group’s debt has risen, as has EBITDA, he added over the past nine years, the Group’s EBITDA has grown CAGR by 23 percent, while debt has grown by 12 percent.

Singh said flagship Adani Enterprises is the group’s business incubator. Port, electricity, transportation and gas companies were all incubated by this company and when they reached a certain degree of maturity they were spun off into separate companies and listed on stock exchanges.

The same will be the approach for several new businesses, such as airports that are nurtured under AEL. When they become independent and can fund their own investment plans, they will be separated, he said.

Hydrogen and airport companies could be spun off in the next 2-3 years when they can be independent.

“Adani Group’s transformation is a 25-year story of growth and ambition,” he added.