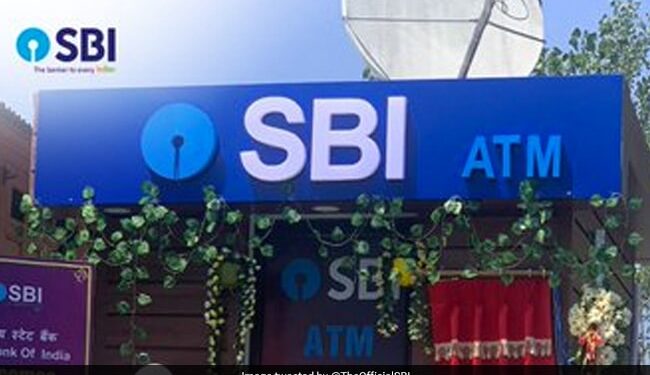 SBI said interest rates have been raised by 0.20 percent on domestic time deposits below Rs 2 crore for selected maturities.

The revised interest rates on domestic retail time deposits (less than Rs 2 crore) will come into effect from June 14, 2022, the State Bank of India (SBI) said on its website.

Likewise, for domestic time deposits from 1 year to less than 2 years, customers can receive an interest rate of 5.30 percent, an increase of 0.20 percent. For seniors, the interest rate will be higher by a comparable margin, namely 5.80 percent.

With terms ranging from 2 years to less than 3 years, SBI has raised interest rates to 5.35 percent from 5.20 percent, while seniors can earn 5.85 percent from 5.70 percent previously.

The lender has also revised interest rates on domestic bulk term deposits of Rs 2 crore and above for select maturities by up to 0.75 percent.

For maturities from 1 year to less than 2 years, customers with bulk deposits will receive an interest of 4.75 percent from June 14, 2022, compared to 4 percent earlier. For seniors, the new rate will be 5.25 percent and 4.50 percent.

The Reserve Bank of India (RBI) had raised the repo rate by 0.50 percent to 4.90 percent last week. Repo is the short-term interest rate that RBI charges to the banks.

SBI has also revised the marginal cost of fund-based lending rates (MCLR) by up to 0.20 percent effective June 15, 2022.

The benchmark one-year MCLR has been revised upwards to 7.40 percent from the existing rate of 7.20 percent. Most consumer loans such as car, home and personal loans are linked to MCLR.

The tenor MCLRs from one day to three years have been increased to 7.05-7.70 percent.

SBI has also increased the repo-linked lending rate (RLLR) effective June 15, 2022, according to its website.

The MCLR system came into effect on April 1, 2016, and has moved from the older framework to better communicate interest rates to customers.

From October 1, 2019, all banks will only have to borrow at an interest rate that is linked to an external benchmark, such as the RBI repo rate or the yield on Treasury bills. As a result, the pass-through of monetary policy by banks has gained momentum.

A number of banks have raised interest rates after the RBI’s repo rate review on June 8.