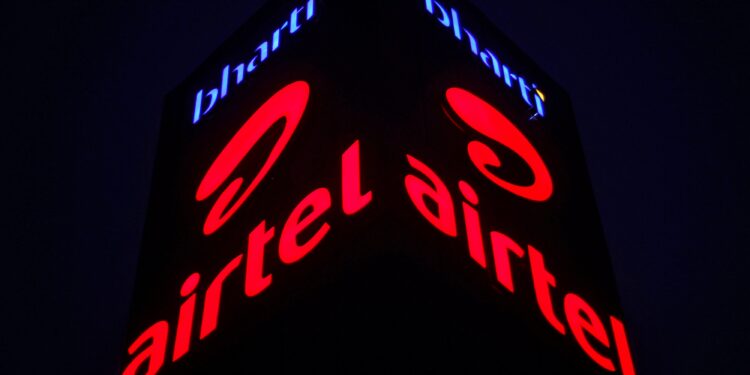 Bharti Airtel, India’s second largest telecom operator, on Monday reported a 22.2% increase in quarterly revenue, boosted by subscriber numbers, and a more than fivefold increase in consolidated profit to Rs 1,607 crore for the first quarter ending on June 30.

The company’s consolidated revenue increased to Rs 32,805 crore ($4.12 billion) for the quarter ended June 30, from Rs 26,854 crore in the same period last year, according to a regulatory filing.

Airtel’s profit rose multiple times to Rs 1,607 crore. The company posted a profit of Rs 283.5 crore a year ago.

Consolidated revenue from operations increased by about 22 percent to Rs 32,805 crore during the reported quarter of Rs 26,854 crore a year ago.

Reuters reported that average revenue per user (ARPU) — a key performance indicator in the telecom industry — came in at 183 rupees ($2.30) for the quarter, up from 146 rupees a year earlier. ARPU of rivals Reliance Jio and Vodafone Idea for the same period was 175.7 rupees and 128 rupees respectively.

Analysts expected the ARPU in the first quarter to be boosted by a residual effect of the tariff hike implemented late last year.

Airtel said mobile data usage is up 16.6% from a year ago, with usage per mobile data customer of 19.5 GB per month.

The company said in November, when it announced rate hikes, that the mobile ARPU would need to be 200 rupees and eventually 300 rupees for a financially sound business model.

The company has raised funds to fund its digital ambitions, which include developing home broadband, data centers and cloud adoption, as it prepares to launch its next-generation 5G services in the country.

Airtel won 5G spectrum worth $5.4 billion in the country’s $19 billion auction last week. The government aims to start rolling out 5G – which it says can provide data speeds about 10 times faster than 4G – in October this year.