Bitcoin is a rates rookie, buying the dip spells trouble 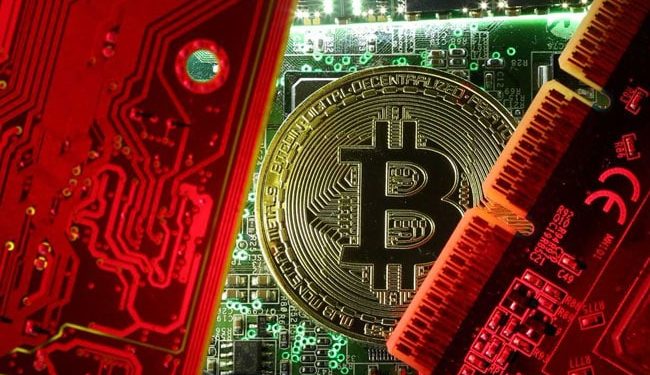 Cryptoverse: Buying the Dip? Bitcoin is a rates rookie

Bitcoin has little experience with rising interest rates, posing a danger to investors looking to take advantage of the dramatic drop.

The cryptocurrency has tanked along with other risky assets such as technology stocks after the Fed hiked interest rates last week, putting them on a trajectory expected to pass 3 percent early next year.

Bitcoin was a troublesome kid on the fringes of the financial world during the Fed’s previous tightening cycle, from 2016 to 2019, and barely correlated with stocks. The last time interest rates hit 3%, in 2008, was just a glimmer in the eyes of Satoshi Nakamoto.

Crypto price moves are mind-boggling at the best of times, let alone when the market is entering uncharted waters, raising the level of risk for traders considering buying the dip.

Bitcoin fell to $29,731, the lowest level since July 2021, after dropping nearly 12 percent last week, its worst weekly loss since January.

“This isn’t the first time we’ve hit this level, and the risk-reward ratio for picking up bitcoin here has been very good over the past year, but we’re seeing a different macro backdrop,” said Matt Dibb COO of Stack Funds , a Singapore-based crypto platform.

“The concern is that this time around will be different as to whether we’ll see continued weak sentiment in traditional financial markets, which is likely related to the inflation outlook and the likelihood of rate hikes in the coming months or years.”

The Fed’s 50 basis point rate hike last week was the largest in 22 years. Further increases of 50 basis points are expected in both June and July, with the possibility of a fourth move in September according to the CME group’s FedWatch tool.

“The era of free money is over. There is a big shift in investor appetite right now,” said Chris Kline, COO and co-founder of Bitcoin IRA in Los Angeles.

Ether, the world’s second-largest cryptocurrency, fell to $2,360 on Monday, its lowest since February, and smaller coins, or “altcoins,” have been selling more aggressively.

“The more speculative altcoins will struggle, as we have seen in volatile times in the crypto space in the past. Bitcoin is considered risky, but some altcoins are at even greater risk and those will have even bigger sell-offs,” he said. klijn.

“The question mark is, will people see (crypto) as a diversification tool in bad economies? Or is it just something to have in good times?”

What Happens in a Recession?

It’s not just crypto markets that are tumbling. Equity markets have also plummeted as investors fear that central banks worldwide are willing to push economies into recession if necessary to curb inflation.

“What’s interesting is that bitcoin itself hasn’t fallen as much as the Nasdaq and some other asset classes, but the correlation between them has tightened. It’s definitely a higher correlation than we’ve seen in the past,” said Benjamin Dean, director of digital assets at WisdomTree in London.

The Nasdaq and S&P 500 registered their fifth consecutive week of declines last week and the Dow Jones sixth. It was the longest losing streak for the S&P 500 since mid-2011 and for the Nasdaq since late 2012.

Crypto’s correlation with stocks is one reason for the recent cryptocurrency sell-off.

“We are getting feedback from investors in some family offices who are liquidating crypto because they are liquidating other assets, and they need to make up for it in their book for this quarter to show that they are not dying in everything and they have some money on the side to get back on track.” step into stocks when they hit rock bottom,” said Stack Funds’ Dibb.

Some also note that sales take place regularly in markets.

“From my perspective, two-way price action and occasional excesses are healthy for markets, including crypto,” said Brandon Neal, COO of Euler, a project enabling crypto asset lending and borrowing.

He did add a warning.

“We’ve never seen crypto in a recession and it’s a mystery what will happen next.”