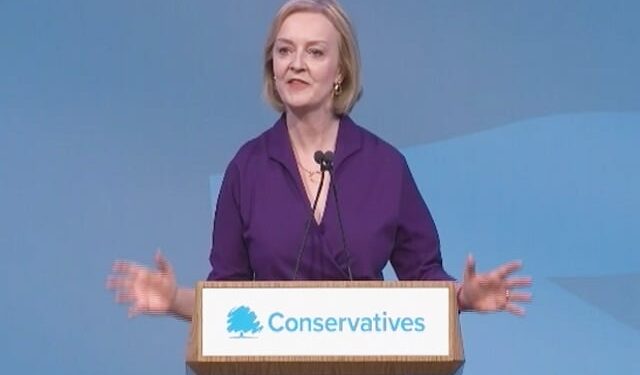 Liz Truss said “difficult decisions” had to be made to improve the situation in the UK.

British Prime Minister Liz Truss on Thursday defended her government’s controversial mini-budget, which has sparked widespread economic turmoil, stressing that it was the “decisive action” needed for long-term growth.

In her first round of interviews with local BBC radio stations across the country since the tax cut and high government loan measures were tabled by Chancellor Kwasi Kwarteng in the House of Commons last week, the recently elected leader urged “controversial and difficult decisions”. taken to improve the situation in the UK.

Truss was keen to continue highlighting the largely welcome action being taken to freeze fuel bills for households and businesses amid rising global energy costs in the wake of the Russia-Ukraine conflict.

“We had to take decisive action to get people through this winter and next winter,” Truss said.

“I understand that families are struggling with their fuel bills and we needed to take urgent action to grow our economy and get Britain moving and also to tackle inflation. And of course that means making controversial and difficult decisions and I’m willing to do that as Prime Minister because what’s important to me is that we get our economy moving,” she said.

Truss was repeatedly challenged over the tumbling pound against the dollar and the Bank of England having to step in with emergency measures to buy back the country’s long-term bonds, and Truss insisted the tax cuts announced last week were the right answer.

“If we have higher taxes going into tough economic times, it’s likely to lead to a recession. I want people to stay in work and earn higher wages,” she said.

Asked whether her government’s policy of cutting taxes on the very wealthy was fair to the general public amid a cost of living crisis, she added: “The reality is that taxes on the being lowered across the board… everyone helps because it helps the economy grow and for too long the debate in this country has been about distribution, not how we grow our economy.

“It’s not fair to have a recession, it’s not fair to have a city where you don’t get the investment, it’s not fair if we don’t get high-paying jobs in the future because we get the highest tax .” burden in 70 years. That’s what’s not fair.” Truss, who beat former Indian Chancellor Rishi Sunak in the Tory leadership election earlier this month on her pledges to cut taxes, insisted there were “tough markets around the world.” and that the problem in the UK was therefore not an isolated one.

The scheduled interview rounds come ahead of the ruling Conservative Party’s annual conference, which begins this weekend in Birmingham. It will be Truss’ first appearance as party leader at the annual event, where the economy and ongoing unrest are expected to dominate much of the agenda.