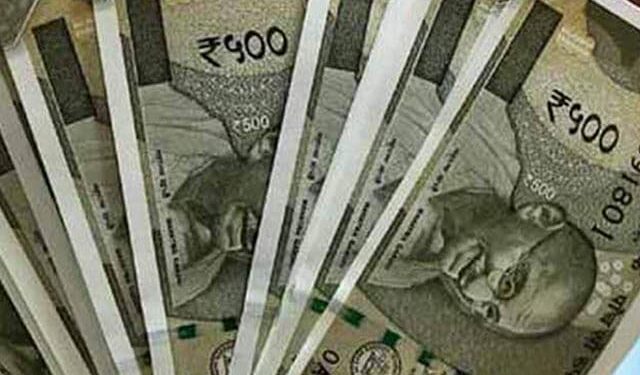 Analysts expect CAD to grow to 3 percent of GDP in the current fiscal year.

According to the Ministry of Finance’s monthly economic statement, India’s current account deficit is expected to worsen in the current fiscal year due to more expensive imports and lukewarm goods exports.

The report released by the ministry on Thursday also said global headwinds would continue to pose a downside risk to growth as crude oil and edibles, which have fueled inflation in India, remain important imported components in the consumption basket.

For now, it said, “their world prices have fallen as fears of a recession have dampened prices somewhat. This would weaken inflationary pressures in India and keep inflation in check.”

If recession concerns do not lead to a sustained and meaningful cut in food and energy prices, “India’s current account deficit (CAD) will deteriorate in 2022-23 due to more expensive imports and lukewarm exports in the trade account.”

However, the deterioration of CAD could moderate with an increase in services exports in which India is more competitive globally compared to goods exports, the report said, adding that the broadening of CAD has depreciated the Indian rupee against 6 the US dollar. percent since January 2022.

The depreciation of the rupee, in addition to higher global commodity prices, has made price-inelastic imports more expensive, further making it difficult to lower the CAD, it said.

To meet the financing needs of a growing CAD and rising FPI outflows, forex reserves have fallen by USD 34 billion in the six months since January 2022, it said.

To further diversify and expand sources of forex funding to reduce volatility and damp global spillovers, the RBI has taken steps to increase forex inflows while ensuring overall macroeconomic and financial stability.

Turning to commodity prices, the report said, global headwinds continue to pose a downside risk to growth, as crude oil and edible oils, which have driven inflation in India, remain the main imported components in the consumption basket.

For now, their global prices have fallen as fears of a recession have pushed prices down somewhat. This would ease inflationary pressures in India and keep inflation in check.

In addition, several measures taken by the government to dampen inflationary pressures could also contribute to capping inflation. The government has increased customs duties on gold from 10.75 percent to 15.0 percent to mitigate the impact.

However, as long as retail inflation in India remains above RBI’s 6 percent tolerance level, as it is still 7 percent in June 2022, stabilization policy measures will have to continue to walk the tightrope of balancing inflation and growth problems.

On the positive side, according to the report, agriculture is gaining momentum with the revival of the monsoon and the seeding of Kharif. The geographical distribution of precipitation has also improved considerably. It’s much less skewed.

This has led to a recovery in demand in rural areas, although some indicators have yet to recover to pre-pandemic levels, it added.

Turning to the corporate sector, the report said, it is beginning to show signs of recovery with robust net sales growth in the quarter ended March 2022, aided by a general recovery in demand.

Improved corporate fundamentals and a well-capitalized financial system have boosted investor confidence, it said, adding that private equity and venture capital investments rose above their levels in the corresponding period in the first two months of the first quarter of 2022-23. of the previous year.

The government’s continued focus on expanding capital spending has resulted in a year-over-year growth of 70.1 percent in May 2022.

To further facilitate capex, it said, the government has also announced rules to disburse Rs 1 trillion in interest-free capex loans to states.