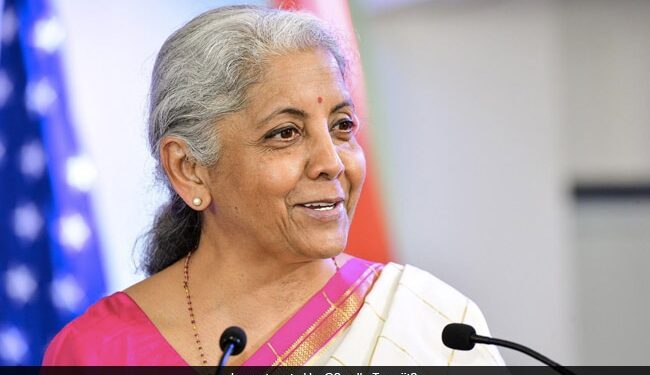 She addressed the heads of several central government enterprises (CPSEs) at Mahatma Mandir in Gandhinagar after the opening of a mega exhibition on the contribution of these state enterprises to nation building as part of the Azadi Ka Amrit Mahotsav celebrations.

“It is now time for PSEs to show that you are very eager to improve your professionalism, just as you have done between 1991 and now. And where possible, to bring down overhead it may be worth looking at private participation along with what you do… you can benefit from the efficiency of the private sector,” said Ms Sitharaman.

Referring to the new PSE policy announced in 2021, the finance minister said PSEs should be aware of the competition they will face from the private sector to which the government has opened up strategic sectors.

“The policy is open to the private sector to operate, so I would raise a flag here to all PSEs. The moment you open up for the private sector to come into an area, we in the public sector will to be aware of the level of competition that lies ahead and if we are aware of the level of competition, I am sure that, as you have done for decades, you will rise to the challenge, and also be able to rise and by being at the top with better efficiency rather than leaving space,” the finance minister added.

She called the economic reforms introduced in the country in 1991 a “game-changer.”

“When India opened up after 1991, PSEs started to compete with the private sector entities. You found that this was a game changer as the PSEs realized that now they need to improve their efficiency, also scale up and reduce overheads. “, she said. said.

The exhibition titled “Nation Building and CPSEs” features stalls from nearly 75 central government companies such as Coal India, GAIL India, NTPC, Steel Authority of India Ltd and Indian Oil Corporation Ltd. The exhibition is open to the public from 10 June. until 12.