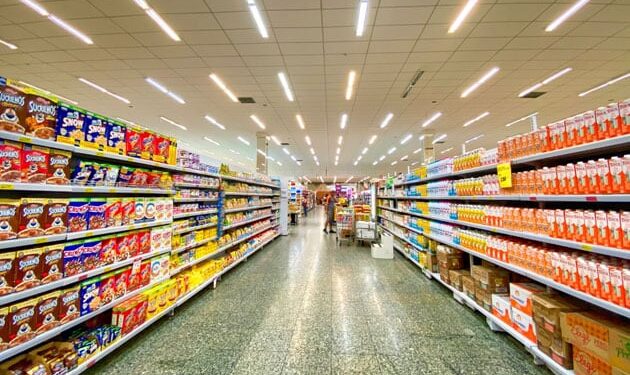 FMCG manufacturers are choosing to reduce product weight rather than price items aimed at lower end consumers, while resorting to single digit price increases for some large packs and launching bridge packs as they attempt to minimize the impact of the rise in commodity prices and unprecedented inflation.

In addition, they also use economical packaging, recycled products and cut back on advertising and marketing to counteract sudden cost increases caused by geopolitical crises such as the war between Russia and Ukraine and the export ban on palm oil from Indonesia.

Rising commodity prices and unprecedented inflation that hit new all-time highs have forced consumers to pull out their wallets and opt for the low unit price (LUP) packages to maintain their household budget.

“In the urban markets, where per capita income is higher and consumers have purchasing power, we have included prices in larger packs. In the rural markets, on the other hand, where LUP packs are sold, we have to see the gram weight reduced to protect sacred price points such as Re 1, Rs 5 and Rs 10,” he said.

With no signs of a decline in inflation in the coming quarters, FMCG companies are fighting back by cutting grammes, launching bridge packs and raising single-digit prices for some large packs.

Recently, several companies have reduced the grammage of their products available at popular prices ranging from soaps to noodles, chips to Aloo Bhujia and cookies to chocolates.

“We’ve found that some consumers have switched to affordable packaging or LUPs to manage their monthly grocery budget. We’ve also increased the shipments of our key brands’ LUPs across various categories to meet this consumer need,” Malhotra said.

While Maynk Shah, Senior Category Head of Parle Products said there are “some early signs” of downtrading, consumers are turning to value packs as sales of low unit price packs rise slightly.

“As for smaller packages, there’s a bit of traction given the situation,” he said.

Downtrading refers to the practice of customers switching from expensive products to cheaper alternatives in an effort to save money.

According to retail intelligence platform Bizom, the January-March quarter saw a “clear increase” in the consumption of lower-priced products in both urban and rural centers compared to the July-September quarter.

This is mainly due to hyper-price inflation of edible oils, a key ingredient in the Indian food plate, it said.

“There are signs of significant downside trading in FMCG products in both urban and rural India. Price inflation remains the main driver of this cross-category shift, especially among those where oil, wheat and other inflationary commodities remain a key input ingredient.” , said Bizom Chief of Growth & Insights Akshay D’Souza.

Abneesh Roy, Executive Vice President of Edelweiss Financial Services, said consumers are trying to save money by buying smaller packages and this is happening across all FMCG categories.

“Most FMCG categories have lower unit packs from Re 1 to Rs 10, accounting for 25 to 35 percent of their sales. Even when downtrading occurs, consumers stick with the brands,” he said.

There is also a huge cost inflation for FMCG companies, they can increase the prices of large packs, but the real challenge is lowering the gram weight in lower unit points because it cannot go beyond a threshold level. This has forced the FMCG companies to go for bridge packs.

“It gives the customers more gram weight and is a win-win situation for both… Companies are trying to upgrade the customer by providing more value, more gram weight per rupee spent,” Roy said, adding in today’s hyperinflationary times. an area of ​​focus for all major FMCG companies.

Leading FMCG maker HUL had said in its recent earnings call that the company will pursue a “bridge-pack strategy” as it expects to see more consecutive inflation.

HUL, of which approximately 30 percent of sales are in pricing packages, will be taking calibrated pricing actions.

Kolkata-based FMCG Major Emami said LUP has been the mainstay of his business, accounting for about 24 percent of sales. “However, it is the midpacks that grew faster in the January-March quarter,” said an Emami spokesperson.

Bakery Foods Company Britannia Industries’ LUP of Rs 5 and 10 is about 50 to 55 percent of the total mix and will have to nurture that company, chief executive Varun Berry said in his recent earnings call.

On inflation, however, he said: “…There is no way any other activity can alleviate the pain that inflation will bring us. It will have to be a price correction. Although we will try to be judicious about it and make sure it doesn’t affect the consumer too much… we’re going to have to make some tough decisions.”