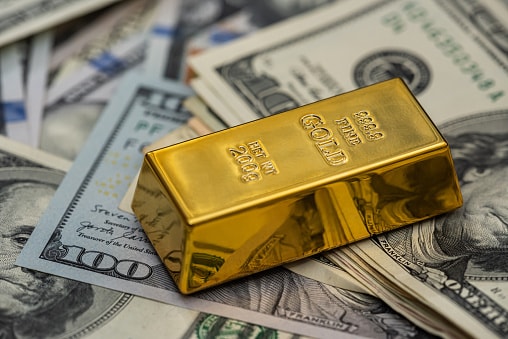 India’s depleted foreign exchange reserves are likely to fall further, reaching their lowest level in more than two years by the end of 2022, as the Reserve Bank of India continues to defend the record-low rupee against the dollar’s soaring, a poll shows. Reuters.

In a battle that has so far failed to halt the rupee’s decline to an all-time low against the dollar, the RBI has reduced its foreign exchange reserves by nearly $100 billion to $545 billion, from a peak of $4 billion. 642 billion a year ago, and more is coming.

Those reserves are expected to drop another $23 billion to $523 billion by the end of this year, according to the median forecast of a Sept. 26-27 Reuters poll of 16 economists. If realized, that would be the lowest level in more than two years.

The forecasts were between 500 and 540 billion dollars.

That suggests the RBI will reduce forex reserves at a rate last seen during the 2008 global financial crisis, when they fell more than 20%.

It has already burned reserves at a much faster rate than during the taper-tantrum period in 2013 when the US Federal Reserve suddenly cut government bond purchases.

About ten years later, India is in a similar situation. Despite regular interventions through dollar sales and expectations for more, the rupee has fallen nearly 10% against the dollar this year, reaching a record low of 81.95 per dollar on Wednesday.

“With the latest movement we’ve seen in the rupee, I expect the RBI will continue to step in to try not to defend perhaps a certain level of the currency, but certainly to reduce volatility,” said Sakshi Gupta, chief economist at HDFC Bank. .

“We should see further interventions in the coming days to cope with the mounting pressure on the rupee and the widening current account deficit, which will lead to a larger decline in foreign exchange reserves by the end of this year.”

A few economists in the poll warned that aggregate forex reserves could fall more than their forecasts in the coming year due to a widening current account deficit expected to end the fiscal year at its widest in a decade.

Part of the reason for the cut is that the RBI has lagged the US Federal Reserve on rate hikes.

The Fed, which raised interest rates by 300 basis points from near zero in March to 3.00%-3.25%, is now expected to do 150 basis points more in the coming months, a separate Reuters poll showed.

For its part, the RBI, which only started rising in May and has raised the repo rate by just 140 basis points, looks almost done. It is projected to rise just 60 basis points more in this cycle, 50 of which this week.

“The RBI should slow down the pace of intervention sooner rather than later to allow INR to act more in line with fundamentals,” said Anubhuti Sahay, senior economist at Standard Chartered.

“Our ammunition on foreign exchange reserves should remain strong enough not only for the next six months, but also for a two to three year perspective.”