In the US, another big 75 basis point rate hike by the Fed to curb inflation 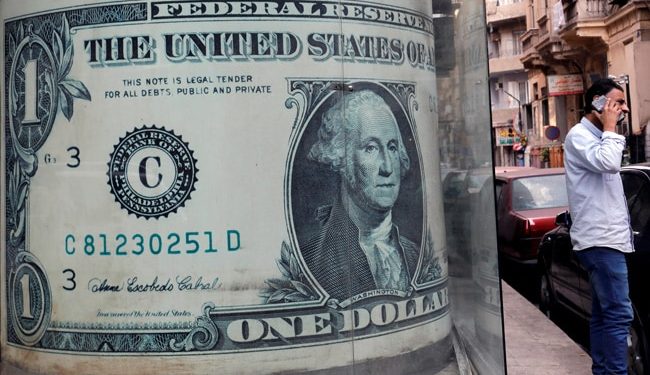 The Federal Reserve said more hikes are coming as part of the battle to contain rising prices. (File)

The Federal Reserve launched another sharp hike in the key US interest rate on Wednesday, saying more hikes are coming as part of the battle to curb rising prices — an aggressive stance that has fueled fears of a recession. And Federal Reserve Chairman Jerome Powell warned that the process of overcoming the highest inflation rate in 40 years will involve some pain.

The hike brings the key rate to 3.0-3.25 percent, and the FOMC said it expects “continued hikes…will be appropriate.”

Rising prices are putting pressure on American families and businesses and have become a political liability for President Joe Biden as he faces midterm congressional elections in early November.

But a contraction of the world’s largest economy would be a more damaging blow to Biden and the world at large.

Powell has made it clear that officials will continue to act aggressively to cool the economy and prevent a repeat of the 1970s and early 1980s, the last time US inflation spiraled out of control.

It took tough action — and a recession — to finally bring prices down in the 1980s, and the Fed is unwilling to give up its hard-won, inflation-fighting credibility.

Amid criticism that the Fed has waited too long to intervene, Powell said the US central bank is determined to raise interest rates and keep them high until inflation falls, and he warned against a too-rapid change of course.

He said there is no room for complacency and that the Fed will “keep working until the job is done,” although it will be appropriate at some point to slow the pace of rate hikes, depending on the data.

He acknowledged that cutting inflation requires a period of slower growth and higher unemployment, noting that the labor market is out of sync, with many more job openings than employees.

“We need to get inflation behind us. I wish there was a painless way to do that. There isn’t one.”

But he said continued high inflation would be even more painful, especially for those least able to withstand it.

KPMG economist Diane Swonk said Powell “has stopped sugarcoating,” which will bring with it the battle to tame inflation: “Growth will slow and unemployment will rise.”

The Fed’s quarterly forecasts released Wednesday with the rate decision show that FOMC members expect US GDP growth to remain more or less flat this year, rising just 0.2 percent. But they see a return to expansion in 2023, with an annual growth rate of 1.2 percent.

While the FOMC noted continued “robust” job growth and low unemployment in recent months, forecasts predict the unemployment rate to rise to 4.4 percent next year and remain around that level until 2025, from 3.7 percent in August.

Inflation is a global phenomenon amid Russia’s war in Ukraine, on top of global supply chains and Covid lockdowns in China, and other major central banks are also taking action.

Despite a welcome drop in petrol prices at the pump in recent weeks, the disappointing consumer price report for August showed widespread increases.

The FOMC statement pointed to “wider price pressures” beyond food and energy, stressing that officials are “strongly committed to bringing inflation back to the 2 percent target.”

The rate hikes are raising the cost of borrowing and cooling demand, and it’s having an impact: the housing market has slowed as mortgage rates have risen.

Many economists say it will take at least a short period of negative GDP in the US in the first half of 2023 before inflation starts to fall.

Nancy Vanden Houten of Oxford Economics said the Fed’s updated forecasts recognize “the toll that higher interest rates will take on the economy,” but she said “their forecasts are more optimistic than ours.”

Meanwhile, the US dollar rose to its 20-year high.