India will be the pillar of the global economic upswing: Union Minister Piyush Goyal 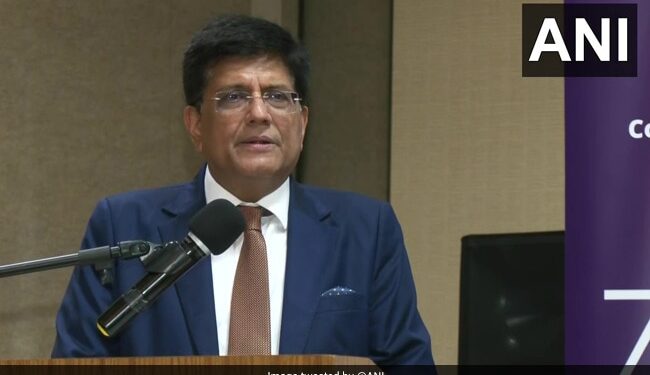 Piyush Goyal said all sectors such as agriculture, manufacturing and construction are doing well.

Union Minister Piyush Goyal said on Thursday that India will be the pillar of the global economic upswing as it showed steady growth and emerged as the fastest growing country among the world’s major economies.

Speaking virtually to the annual general meeting of the Chamber of Bengal, he said that if all stakeholders of the economy work together with a sense of ‘Kartavya bhav’ (a sense of duty), the national goal of a $30 trillion economy by 2047, the year when the country will celebrate the 100th anniversary of its independence.

“India is already the fifth largest economy in the world and is driving its growth to become the third largest in the coming years. The prime minister’s vision is to make India a developed country with an economy by 2047 of $30 trillion, as we will.” celebrate our 100th independence in that year,” said Mr Goyal, the Minister of Trade and Industry.

All sectors such as agriculture, industry and construction are doing quite well, he claimed.

“India is an island of stability and will be the pillar of global revival. Our economy has shown resilience during the pandemic and is on a steady growth path,” the minister said.

Mr Goyal said India is the best destination for investment and said the government has implemented several structural reforms and more are in the pipeline.

The minister, who also holds food and textile portfolios, urged industrialists to make private investment and asked them to believe in India’s growth story and help the country achieve its goals with increased participation.

India is targeting $2 trillion in exports by 2030, divided equally into goods and services, he said.

The minister called on industrialists to help India become a global manufacturing base and invest in tier II and tier III cities, which have “huge potential”.

Mr Goyal emphasized the promotion of micro, small and medium-sized enterprises by strengthening the local supply network as the sector creates jobs and contributes significantly to the economy.

It also called for increased dialogue with the government and active participation in the negotiations on free trade agreements.

“The government is committed to FTAs ​​with like-minded countries. Our FTA negotiations are based on an in-depth analysis and the stakeholder consultations really reflect the principle of reciprocity for a win-win scenario,” added Mr Goyal.