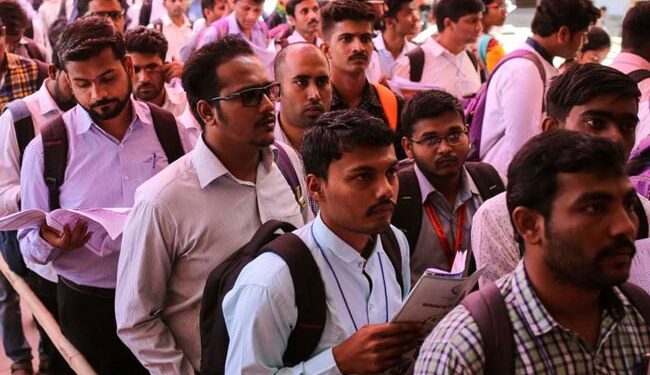 The unemployment rate in rural areas fell to 5.84 percent in September.

According to data from the Center for Monitoring Indian Economy (CMIE), the unemployment rate in India dropped dramatically to 6.43 percent in September due to an increase in the employment rate in the rural and urban areas.

In August, India’s unemployment rate rose to 8.3 percent, its highest in a year, while employment fell 2 million sequentially to 394.6 million.

“In September, the unemployment rate dropped significantly with an increase in the employment rate in both urban and rural areas,” CMIE director Mahesh Vyas told PTI on Saturday.

According to the data, the unemployment rate in rural areas fell from 7.68 percent in August to 5.84 percent in September, while in urban areas it fell to 7.70 percent from 9.57 percent in the previous month.

The increase in the employment rate of almost 8 million is a sign that the country’s economy is doing well, according to Vyas.

According to the CMIE data, the unemployment rate was highest in Rajasthan at 23.8 percent in September, followed by Jammu and Kashmir at 23.2 percent, Haryana at 22.9 percent, Tripura at 17 percent, Jharkhand at 12.2 percent and Bihar at 11.4 percent.

Unemployment was lowest in September in Chhattisgarh at 0.1 percent, followed by Assam at 0.4 percent, Uttarakhand at 0.5 percent, Madhya Pradesh at 0.9 percent, Gujarat at 1.6 percent, Meghalaya at 2. 3 percent and Odisha with 2.9. percent, the data shows.