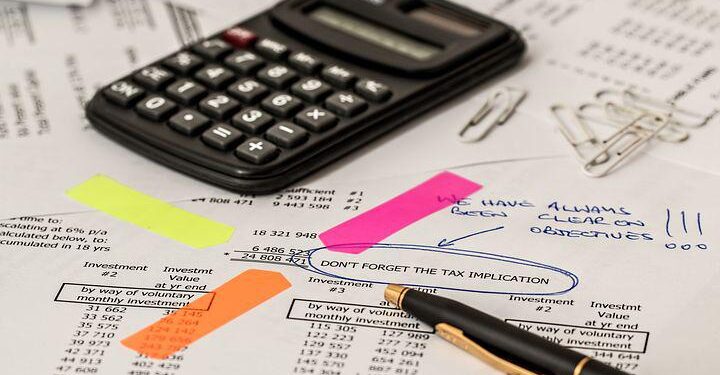 Changes in tariffs and a windfall on fuel exports will offset fuel tax cuts and increase total tax collection above this fiscal year’s budget target to Rs 20.70 lakh crore, according to a report.

The budget has pinned the total tax collection at Rs 19.35 lakh crore. But given, these changes in customs duties on certain imports and higher inflation-driven nominal GDP growth will lead to better tax revenues for the government amounting to an additional Rs 1.35 lakh crore than budgeted for FY23.

Following the fuel tax cuts of May 21, the government has announced a series of fiscal policies to improve its revenues and contain the budget deficit.

It also imposed a windfall tax of Rs 23,250 tons on crude oil production.

Assuming a tax-to-GDP ratio of 7.5 percent (as forecast in the FY23 budget) and additional net income from these measures, tax revenue in FY23 could come in at Rs 20.70 lakh crore against the budgeted Rs 19, 35 lakh crore.

This means that the India Ratings report said additional tax revenue of Rs 1.35 lakh crore in FY23 will be over budgeted.

With the current rate of under-collections, they can be compensated up to Rs 47,000 crore this fiscal year.

Under-recoveries will also hit the margins of crude oil producers such as Oil and Natural Gas Corporation and Oil India, resulting in a lower dividend payout to the government. Another revenue shocker was a lower-than-expected transfer from the Reserve Bank.

The central bank’s payout was only 69.4 percent of last year’s.

Overall, the agency expects non-tax revenue to be lower, about 5 percent, than its budgeted amount for FY23.

However, the agency does not believe that the government will face much difficulty in meeting the FY23 divestment target of Rs 65,000 crore as it has already raised Rs 24,000 crore in April-May, which is 37 percent of the FY23 target.

In terms of expenses, there will be a higher outlay for the fertilizer subsidy in FY23 from the budgeted Rs 1.05 lakh crore for FY23, down from Rs 1.53 lakh crore in FY22.

However, global fertilizer prices rose 113.59 percent in the first quarter of FY23, up from 57.44 percent in all of FY22. Following this massive spike, the government increased the fertilizer subsidy by Rs 1.1 lakh crore to Rs 2.15 lakh crore in FY23.

The government has also increased the subsidies on LPG cylinders to an amount of Rs 6,100 crore.

The revised revenues and expenditures indicate that the government will earn more revenues of Rs 5,875 crore in FY23 than budgeted. As a result, the revenue deficit falls by about 20 bps to 3.65 percent of GDP than the budgeted 3.84 percent.

On the other hand, if the government uses this revenue deficit reduction to boost capital expenditure, the capex will rise to Rs 7.56 lakh crore from Rs 7.50 lakh crore, and the budget deficit will rise to 6.4 lakh crore. of GDP.

In such a scenario, the capex-to-GDP ratio will be 2.8 lakh crore, lower than the budgeted 2.91 percent due to the higher nominal GDP in FY23.

But if the government doesn’t ramp up capex, the budget deficit-to-GDP ratio will be 30 basis points lower to 6.1 percent, compared to the budgeted 6.4 percent in FY23.