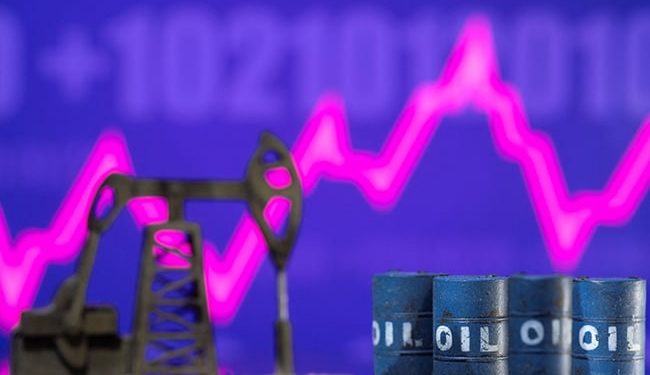 Crude oil prices fell to about $112 a barrel on Monday after rising sharply in early trading, with oil contracts trading in the $3 range – between about $111 and $114 a barrel.

On Monday, the pull and push in oil prices was driven by supply news. While tight global supply concerns and the deepening crisis in Ukraine pushed crude oil prices higher, concerns about declining demand in China pushed them lower.

The international benchmark, Brent oil, last traded about 30 cents higher at nearly $112 a barrel, after rising to its highest since March 30 of $113.80 earlier in the session. US crude oil futures held steady at about $107 a barrel.

The slowdown in Chinese economic growth was the main reason for the fall in oil prices late in the session, with data showing China refined 2 percent less oil in March than a year earlier, with production falling to its lowest level since October.

But compounding supply concerns was news that Libya had halted production at its El Feel oil field on Sunday, warning that “a painful wave of closures” was beginning to hit its facilities.

In addition, the decline in Russian oil production – 7.5 percent in the first half of April from March, as reported by Interfax on Friday – and the European Union seeking to ban crude from Moscow have weighed on oil markets.

“With global supplies so tight, even the slightest disruption is likely to have an excessive impact on prices,” Jeffrey Halley, an analyst at brokerage OANDA, told Reuters.