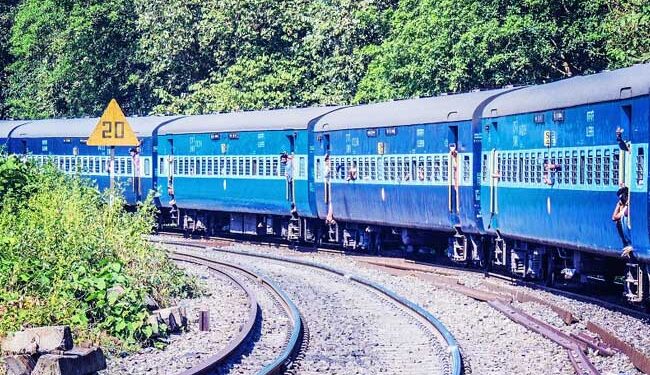 IRCTC shares jumped to ₹752.75 in the last two sessions.

From the close of ₹723 on Thursday, IRCTC shares rose nearly 5 percent during the day to reach a high of ₹752.75.

From Rs 671.65 apiece at the start of trading on Thursday, IRCTC shares rose to ₹752.75 each in the last two sessions, gaining close to 12 percent.

Share prices, however, showed some correction after hitting the intraday high, falling to ₹729 each at the end of the day.

Strong market sentiment for IRCTC stocks comes against the backdrop of the PSU gearing up to issue dividends and a media report claiming the company had launched a tender to sell passenger data. The sale of data is likely to help IRCTC generate additional revenue that will allow it to further consolidate margins.

IRCTC clarified the media report and stated that it had launched a tender for the mere appointment of an adviser. “As a commercial entity, the company is exploring business opportunities for new areas. Like other business tenders, this tender has also been launched to appoint only an advisor,” IRCTC said in its statement. IRCTC added that the consultant would guide IRCTC and the Indian Railways in monetization and provide legal advice on the value of monetizing digital assets.

IRCTC posted a net profit of ₹246 crores in Q1 for FY 23, up 196 percent from the corresponding quarter of last fiscal year. The company had posted ₹82.5 crores in net profit last year. IRCTC’s operating income also increased 251 percent to ₹853 crore in Q1 from 23 compared to Rs 243 crore in Q1 FY22.