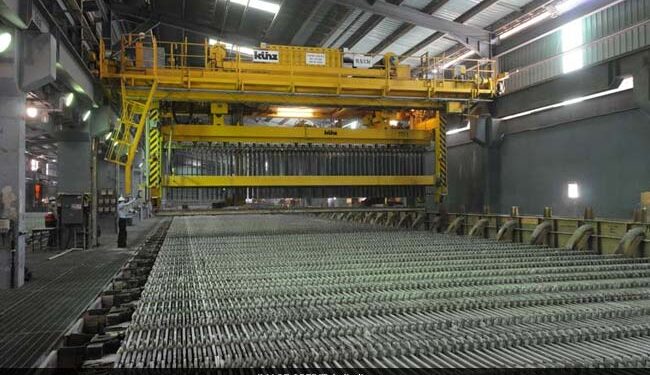 As many as six investment bankers are vying to settle and manage the sale of the government’s remaining 29.53 percent stake in Hindustan Zinc Ltd (HZL), according to an official release.

The bankers to manage the sale process would be finalized after the presentation and opening of the financial bids on Aug. 12, according to the report.

The Department of Investment and Public Asset Management (DIPAM) had invited bids from commercial bankers in early July to manage HZL’s remaining stake and set July 28 as the bid deadline.

The selected investment bankers will assist the government with the timing of the divestiture, get investor feedback and conduct investor roadshows, in addition to seeking regulatory approval.

HZL was a Central Public Sector Enterprise (CPSE) under the administrative control of the Ministry of Mines and was privatized in 2002.

Currently, Vedanta Ltd owns 64.92 percent in HZL while the government owns 29.53 percent. Only a 5.5 percent stake is with the public.

The Union cabinet approved in May the sale of 124.9 crore shares or 29.53 percent of the government-owned shares of zinc producer HZL, which was sold in 2002 to mining magnate Anil Agarwal’s Sterlite Industries.

The government divested 26 percent of its equity stake in HZL, along with a transfer of control to Sterlite Opportunities and Ventures Ltd (SOVL) on March 28, 2002.

Subsequently, in accordance with the terms of the shareholders’ agreement, the strategic partner exercised its call option and the government transferred 18.92 petcents to SOVL, which is part of Agarwal’s Vedanta group.

At the current market price, the sale of 124.9 crore shares would bring about Rs 34,000 crore to the Treasury. The government has budgeted to raise Rs 65,000 crore through CPSE divestment in the current fiscal. So far, it has realized this fiscal Rs 24,544 crore.