Time to bet on these 3 stocks as the price of crude oil rises? 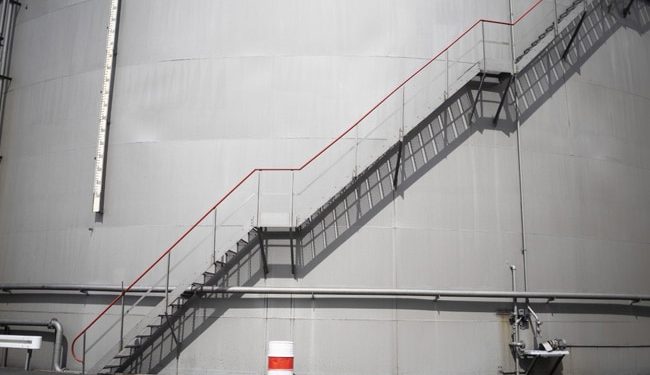 India imports over 80% of its crude oil.

Anyone who has been running errands, paid rent, or filled up their car lately has had to deal with inflation.

Prices of daily necessities have been steadily rising for nearly a year due to increases in fuel prices, supply chain restrictions and global product shortages.

In recent weeks, fuel costs across India have risen remarkably. A liter of petrol costs Rs 109.98 in Mumbai while diesel prices are Rs 94.14 per litre.

The price of edible oil is also rising.

Crude oil continues to boil in the wake of the Ukraine-Russia crisis. it extended profits to more than $100 on supply-related concerns as tensions between Russia and Ukraine escalated.

According to reports, India, which imports more than 80% of its crude oil, is expected to nearly double its import bill to more than $100 billion by the end of the 2021-2022 fiscal year.

The oil price is expected to become extremely volatile. Thus, investors should exercise caution before taking a position in a company that is directly or indirectly related to the oil and gas industry.

Here is the list of stocks that will benefit if crude oil prices hit the roof.

For the December 2022 quarter, Oil India reported a 37% increase in net profit as it benefited from a rise in international oil prices. The net profit of the state-owned company was Rs 1,240 crore for the third quarter, compared to Rs 900 crore a year ago.

Oil India is poised to take advantage of a rise in the price of crude oil.

The current war between Russia and Ukraine, which has propelled global crude oil prices, could lead to a great quarter in March for India’s oil and gas companies.

Even if the price of crude oil or gas increases by as little as $1 a barrel, it will positively impact the company’s earnings and valuations.

Over the past week, Oil India shares have risen as much as 10% on the BSE. In the past six months, the company has outperformed the market, up 39%. 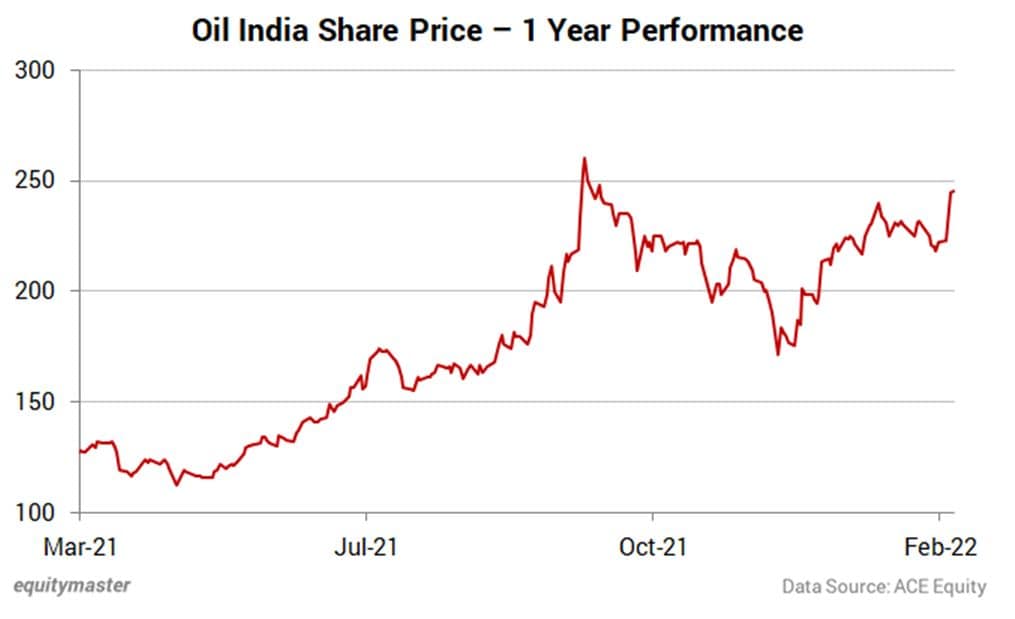 It is involved in the exploration and exploitation of hydrocarbons in 26 sedimentary basins of India. It owns and operates more than 11,000 km of pipelines in the country. Its international subsidiary ONGC Videsh currently has projects in 17 countries.

Currently, ONGC has interests in three projects in Russia – 20% in Sakhalin, 26% in Vankorneft and 100% in Imperial.

Recently, ONGC said it expects no impact on operations in any of its Russian projects, and that the devaluation of the ruble is likely to boost its profits.

The company said it saw no challenge in the current situation to sell its share of crude oil from Russian oilfields or repatriate dividends from there.

Based on the current applicable sanctions and removal of five Russian banks from the SWIFT scheme, the company does not foresee any challenge in selling crude oil or repatriating dividends, other than monitoring financial transactions may be stricter than usual.

Apart from this, ONGC is also benefiting from the rise in global natural gas prices as much of the company’s revenue is generated from the sale of gas.

When tariffs are revised in April, the rise in global natural gas prices is expected to more than double domestic prices. 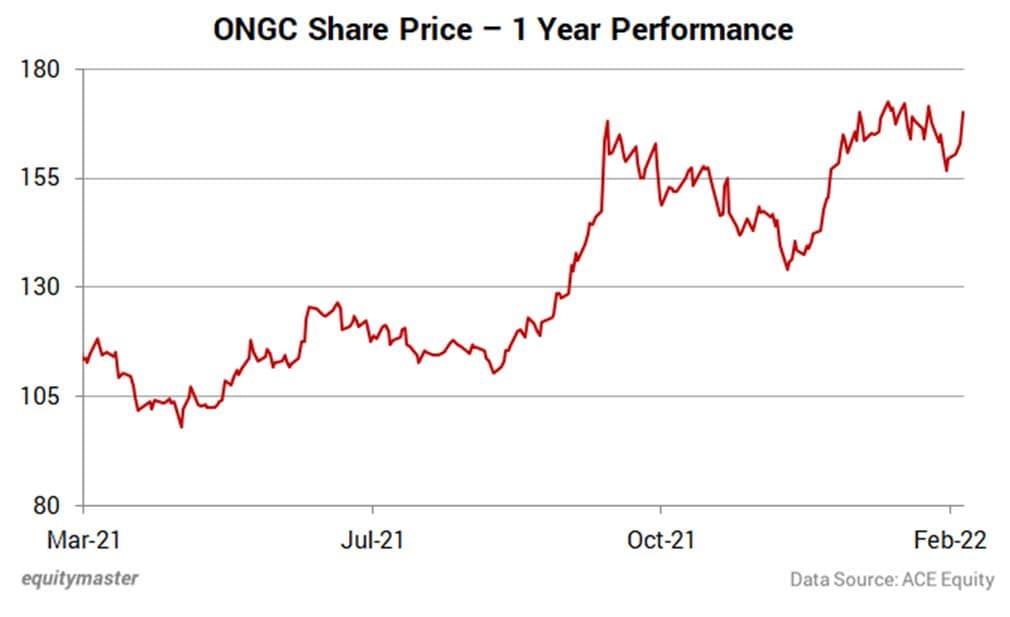 GAIL India, a Government of India company, is an integrated natural gas company in India.

It also has joint venture interests in Petronet LNG, Ratnagiri Gas and Power and in the CGD business in several cities.

GAIL has wholly owned subsidiaries in Singapore and the US to expand its presence outside India in the LNG, petrochemical trading and shale gas assets segments.

Apart from that, GAIL India is unlikely to be hit by potential power cuts and sanctions, despite Russia’s Gazprom supplying about 10% of its LNG consumption.

According to market participants, there is a potential opportunity for the Indian company to sell its US LNG in the European market, as European economies depend on Russian supplies for about 57% of their gas needs.

Last month, GAIL India pre-purchased gas from the US and plans to contract more LNG next year as it redoubles its efforts to secure affordable energy supplies to meet the needs of Asia’s third-largest economy.

Gas transport volumes increased by 3.6% year-on-year (year-on-year) to 114.3 m standard cubic meters per day in the third quarter. The company expects volumes to increase by 5-6% each year in the coming years as a result of the increase in deliveries to city gas and fertilizer plants.

In recent days, GAIL has witnessed great interest in purchases. The stock is up 18% in the past 5 days. 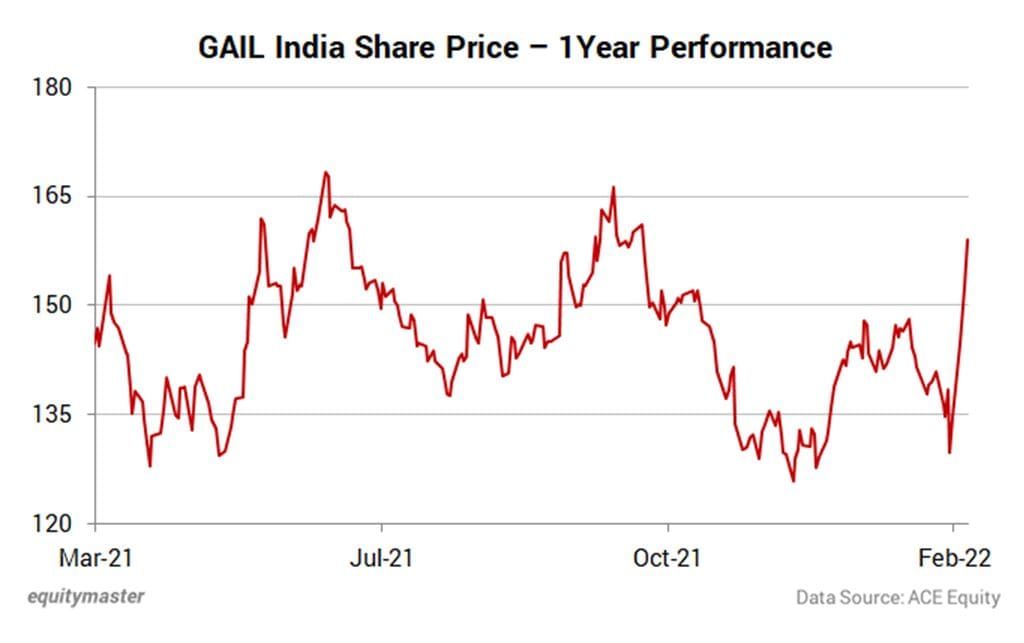 it comes down to

Mr Market’s mood was very gloomy as tensions between Russia and Ukraine have increased.

Many investors are shocked by the Russian military action. The war could push the price of crude oil even further and hinder the country’s economic recovery.

But the oil and gas sector is seen as an attractive sector for both day traders and long-term investors.

However, this sector entails various substantial risks for market parties. It is usually more volatile than the broader market. It is sensitive to changes in supply and demand of the underlying commodities.

These companies are also subject to legal and regulatory risks from accidents such as oil spills.

As a result, investors should be more careful when choosing oil stocks. Focus on companies that can withstand storms because they are better positioned to succeed. 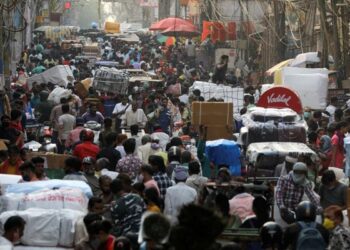 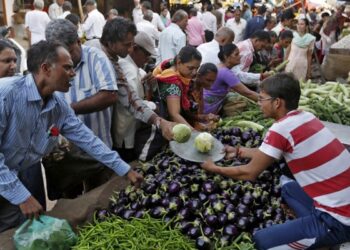 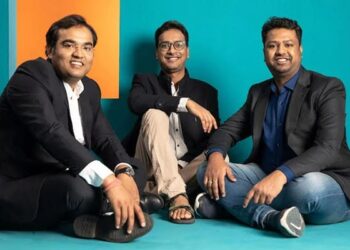 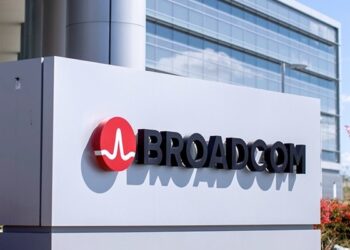 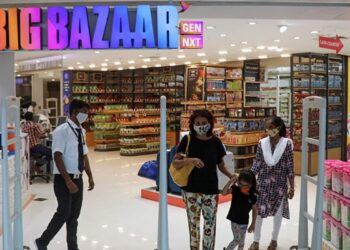