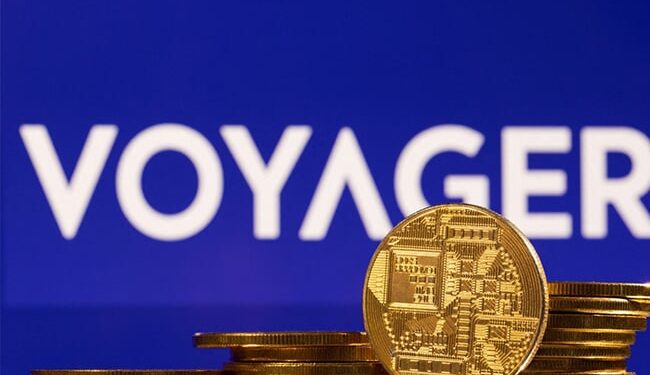 The Federal Reserve and the Federal Deposit Insurance Corp (FDIC) sent a letter to the company on Thursday.

US banking regulators have ordered crypto firm Voyager Digital to stop making “false and misleading” claims that its customers’ money was protected by the government.

The Federal Reserve and the Federal Deposit Insurance Corp (FDIC) sent a letter to the company on Thursday, stating that they believed Voyager had misled customers by claiming their money with the company would be backed by the FDIC.

A company spokesperson did not immediately respond to a request for comment.

The regulators said the company, which filed for bankruptcy earlier this month, and its executives had issued several statements stating that Voyager itself was FDIC-insured, that customers who had invested in its cryptocurrency platform would insure their money, and that the FDIC would insure customers against the failure of Voyager itself.

In reality, the company simply had a deposit account with Metropolitan Commercial Bank, and customers investing through the company’s platform had no FDIC insurance, regulators said.

“Based on the information gathered so far, it appears that these statements were likely misled and relied upon by customers who placed their funds with Voyager and do not have direct access to their funds,” the regulators said in a statement. joint statement.

In a letter to company executives, the regulators ordered the company to remove all misleading statements within two business days of receiving the letter. The regulators added that such measures will not prevent the agencies from taking further action against the company in the future.

Voyager was one of several crypto companies struggling in the wake of the major crypto market turmoil. In its Chapter 11 bankruptcy filing earlier this month, Voyager estimated it had more than 100,000 creditors and between $1 billion and $10 billion in assets, as well as liabilities of the same value.