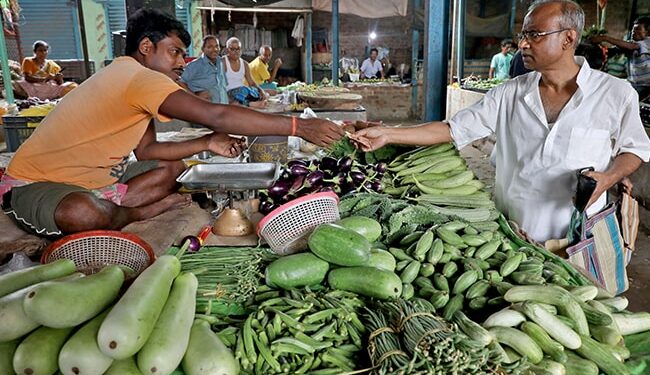 The supply of many vegetables has been affected after heavy monsoon rains in the two states.

Prices of vegetables such as peas and cauliflower have surged in Haryana, Punjab and Chandigarh over the past week due to a supply shortage caused by the region’s recent heavy rains, traders said Monday.

The supply of many vegetables has been affected after heavy monsoon rains in the two states and some neighboring states, including Himachal Pradesh.

Retail prices of other vegetables such as beans and cucumber have also risen and their current prices are hovering around Rs 100-110 per kg and Rs 50-60 per kg respectively.

Bitter gourd sold in the range of Rs 80 per kg against Rs 60 per kg previously.

However, according to traders, not much has changed in the prices of onions, potatoes and fruits, such as apple, pear and banana.

Vegetable prices are likely to stabilize after a few days, weather permitting, a trader said here.