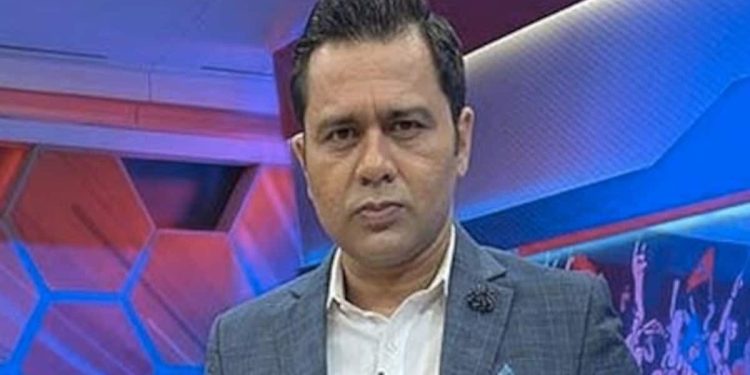 Former Indian batter Aakash Chopra announced on Saturday that he has tested positive for COVID-19. Chopra gave an update on his Twitter account, saying he also has mild symptoms but should be well soon. The former India commentary was part of the Hindi commentary panel for the ongoing IPL 2022. “After nearly two years of dodging the bullet…I also succumbed to the C virus. Yes. The symptoms are so far mild…should be back on the saddle soon,” Chopra tweeted on Saturday.

After nearly two years of dodging the bullet… I also succumbed to the C virus. Yes. Symptoms are mild so far…should be back on the saddle soon. #COVID-19

In his playing career, Chopra represented India in 10 Test matches, scoring 437 runs at an average of 23, with his highest score being 60.

He had made his Test debut in 2003 against New Zealand in Ahmedabad and he had played his final Test a year later against Australia in Nagpur.

The former righthanded batter also represented Kolkata Knight Riders in the IPL and was part of the franchise in its inaugural season.

Chopra is now an expert on the game and regularly voices his opinion on the ongoing cricket issues and has built a reputation for being a no-brainer.