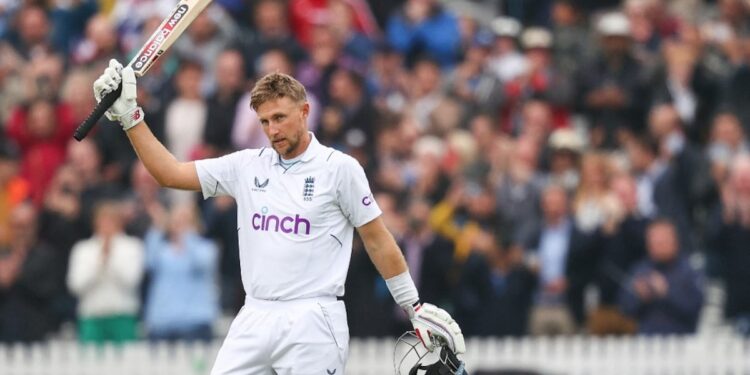 Righthanded batter Joe Root put out his best as the odds stacked against England in the Lord’s Test against New Zealand and his undefeated century helped the Ben Stokes-led squad move up 1-0 in the three-game series. Root raised his ton on day 4 of the first test and also logged 10,000 runs in test cricket along the way. As soon as Root brought up the milestone, BCCI president Sourav Ganguly greeted the batter and called him an all-time great.

“Joe Roooooooot ..what a player what a knock under pressure ..a great time [email protected] @icc,” Ganguly tweeted.

Joe Roooooooot ..what a player what a knock under pressure ..a great time ..@bcci @icc

Root is only the second English batter to register 10,000 test runs after Alastair Cook.

In the first Test against New Zealand, England got a 277 goal and the hosts were left in a tricky position at 69/4 in the 20th.

However, Root and Ben Stokes joined forces and the duo scored 90 runs for the fifth wicket. Stokes then lost his wicket after scoring 54 and the match was again tied with England at 159/5.

Wicket-keeper batter Ben Foakes then came out in the middle and he teamed up with Root to put together a 120-run unbeaten run for the sixth wicket to take England over the line by five wickets.

In the end, Root and Foakes remained undefeated at 115 and 32 respectively.

England and New Zealand now face each other in the second Test at Trent Bridge, which starts on June 10.