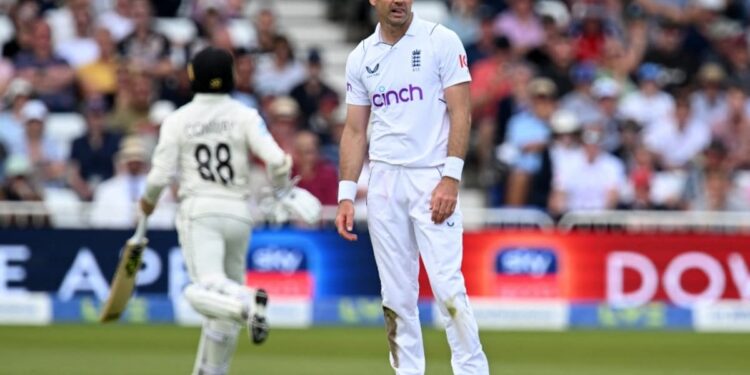 England pace bowler James Anderson is hoping to prove his fitness in time for Friday’s Test against India after missing the conclusion of New Zealand’s clean sweep. Anderson was sidelined for the third Test victory at Headingley due to concerns over his left ankle. The 39-year-old, England’s all-time record Test wicket taker, stayed with Ben Stokes’ squad to watch their third consecutive win against New Zealand and could take part in the rescheduled Test against India at Edgbaston.

Anderson has enjoyed England’s renaissance under Stokes and new coach Brendon McCullum, and their winning run gave him added incentive to return to the field.

“I hate to miss games. After that game at Headingley, the feeling around the group is so good that you want to be there as much as possible,” Anderson said on Wednesday.

“I definitely feel like I have more of a smile on my face on the pitch than usual. It’s so nice to play with this group in the style we’ve been.

“It was disappointing to miss the last game and see the guys on the pitch having a good time and playing well. I’ll keep my fingers crossed that I can come back this week.

“The ankle feels pretty good and I have a few days of training to get through it. If I can do that, hopefully I’ll be good for Friday. We’ll see what happens.”

England trained in Edgbaston on Wednesday, preparing to resume a streak that was halted last September when India, which had a 2-1 lead, refused to play at Old Trafford amid concerns over a coronavirus outbreak.

There is more easing these days on positive cases, with the absence of Indian captain Rohit Sharma being treated as an occupational hazard this week.

England’s Ben Foakes tested positive midway through the third Test against New Zealand, but joined the squad in Birmingham for a light training session.

Sam Billings will remain with the team as a cover, with further assessment of Foakes’ readiness on the eve of the game.