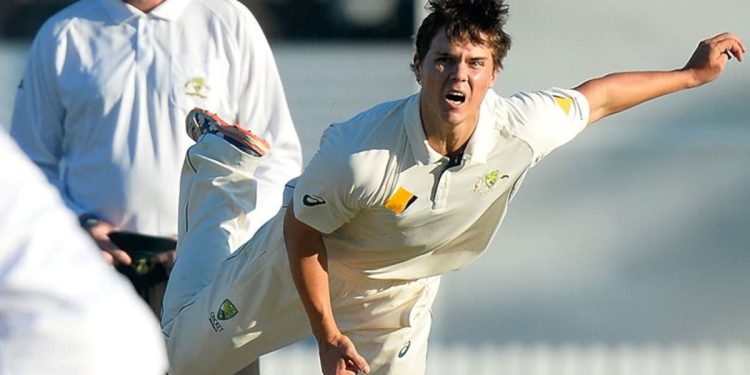 Australia is likely to play two spinners as they look for a win in Saturday’s second Test in Karachi after Pakistan knocked their sailors into the ground in the draw in Rawalpindi. The historic occasion – Australia’s first Test in Pakistan since 1998 – was marred by a pitch described as “dead” by vice-captain Steve Smith as Pakistan piled up 728 runs for the loss of just four wickets, one of which was a running out.

Openers Imam-ul-Haq and Abdullah Shafique both made the first Test hundreds — Imam scored one in each innings — while senior batsman Azhar Ali also broke three digits over five days of exhaustion.

The series now moves to Karachi’s National Stadium, a favorite hunting ground for Pakistan, which have won 23 of the 43 Tests they have played there, while losing just twice.

With balmy conditions, the field is likely to help the slow bowlers, forcing Australia to rest at least one of their famous tempo trio of captain Pat Cummins, Mitchell Starc and Josh Hazlewood.

“From our information in Karachi and Lahore, a second spinner is probably the best choice, but we’ll take a look,” said Cummins, pointing out leg spinner Mitchell Swepson, 28, could make his Test debut alongside the veteran off -spinner. Nathan Lyons.

“Almost everyone got into the series,” said Cummins, whose side made 459 in their only innings in Rawalpindi without anyone earning a century.

“All batters have scored some runs. We still feel relatively fresh going into the game.”

Pace bowler Hasan Ali, who missed the first Test through injury, is likely to replace Naseem Shah for the hosts.

But Faheem Ashraf, who missed the first Test through injury, has now been sidelined with Covid.

Left-arm spinner Nauman Ali, who took a career best 6-107 in Rawalpindi, was Pakistan’s match winner in Karachi last year in his debut against South Africa by seven wickets.

“The way our batters played and Nauman threw in difficult conditions was good,” Pakistani captain Babar Azam said of his side’s performance in the first Test of the three-game series.

“There were some positives for us. We have some of our fast bowlers available for the second Test, so we should be stronger in that area.”

Ramiz Raja, the chairman of the Pakistan Cricket Council, defended the flat field in Rawalpindi.

“I understand the frustration of the fans, but there is still a lot of cricket to be played,” said Raja.

“Just kidding, we can’t prepare a quick pitch or a jumpy pitch and put the game in Australia’s lap.”

The third and final test will take place in Lahore from March 21-25.