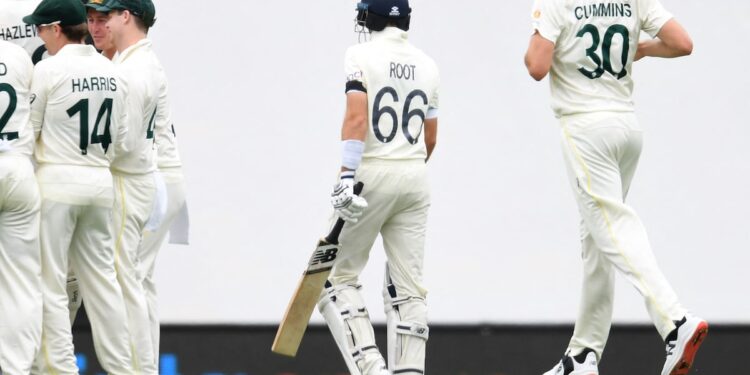 England captain Joe Root decided on day 1 of the first Ashes Test to win the toss at the Brisbane Gabba against Australia. It was a brave decision by the England captain, as the pitch had a good layer of grass. Australian tempo trio Mitchell Starc, Josh Hazlewood and captain Pat Cummins are known for their deadly ability to strike early on such pitches, but Root may have wanted to make a statement early on in the series.

It couldn’t be for the tourists, as Starc sent back opener Rory Burns on the first episode of the match. Things went from bad to worse when Josh Hazlewood returned song Dawid Malan shortly after. All eyes were on Root to deliver, but the England captain was put on the off-stump line by Hazlewood.

The Australian pacer threw himself into the channel outside the stump and a hesitant Carrot didn’t last long, eventually shoving one toward the slip which was caught safely by David Warner. He left for a duck after undergoing 9 deliveries while England was reduced to 11/3.

Watch the video of Josh Hazlewood setting up Joe Root on the off-stump line:

Root came out on top form in the series, scoring 1455 runs so far in 13 tests in 2021. He’s averaged over 66 this year, but that could all change soon for a strong Australian bowling lineup.

Root has been sacked several times in Test Cricket by Hazlewood and the England captain finds it difficult to get runs in Australia unlike in other countries where he has a stellar track record.

Root will soon have to reboot and go back to the scoring sheet if he wants his team to have a chance in the series.