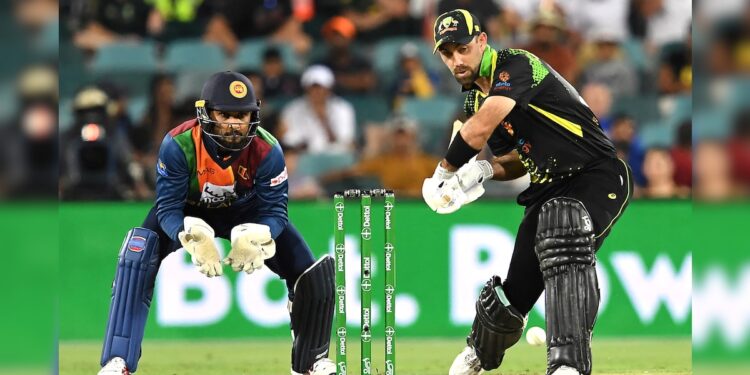 Glenn Maxwell hit 39 from 25 balls as a dominant Australia hit Sri Lanka by six wickets to win their third straight Twenty20 clash and seal the series in Canberra on Tuesday. The world champions have an unassailable 3-0 lead with two games left after winning the opening game by 20 runs and then winning the second in a thrilling super-over finish after it ended in a draw. They got off to a slow start chasing 122 to win at Manuka Oval, losing two early wickets before skipper Aaron Finch (35) and big batter Maxwell held the ship steady.

They reached the goal with 19 balls left and the loss of four wickets.

Australia made three changes before the game, with Mitchell Starc returning and Ashton Agar and Daniel Sams getting a chance, with Finch saluting the depth of the squad.

“That’s one of the things we’ve tried to expose a little bit more, by sliding guys back and forth to get more information about the depth of the squad,” he said. “And it’s looking really good right now.”

Needing the win to keep the series alive, Sri Lanka struck 17 out of the first two overs after being sent off into bat.

But they got stuck in Australia’s frugal bowling and crawled to 121 for six with skipper Dasun Shanaka making 39 and Kane Richardson 3-21.

Their prospect of taking a win was hampered by star leg spinner Wanindu Hasaranga who tested positive for Covid-19 before the match and speedster Nuwan Thushara who pulled out injured after bowling just seven balls.

“No positives today, but another bad start from our guys,” said Shanaka. “Throughout the series it was a big concern. If we had that momentum from the start, we could get those runs on the board. We were 20 to 30 runs short in this game.”

They got a boost when the dangerous Ben McDermott was out of the first ball and got a thick edge for Charith Asalanka in Maheesh Theekshana’s slip.

Ashton Agar, who surprisingly opened the innings, made 13 before Theekshana grabbed a second scalp to leave Australia at 31 for two after five overs.

But Maxwell tried his luck by surviving three chances, destroying 39 and turning the tables before falling for Theekshana too and after two sixes and three fours wanted one big hit too many.

Finch was happy to play the anchor role before Josh Inglis (21) and Marcus Stoinis (12) sent them home.

Earlier, Sri Lanka made an aggressive start before Danushka Gunathilaka was out on Richardson’s lead-off in the third over. He has now made 1, 0 and 9 in his three innings on tour, threatening his place.

Asalanka came in and hit a six, but left a ball later, falling behind Richardson, while Kusal Mendis, on his return from Covid-19 recovery, only lasted 11 balls before being undone by leg spinner Agar.

Part-time spinner Maxwell took the big wicket from Pathum Nissanka, who was Sri Lanka’s best batsman this series, but it took an excellent dive from Sams to clear him for 16 and leave the visitors reeling at 42 for four after eight overs.

Dinesh Chandimal and Shanaka added 47 for the fifth wicket, but 122 would never be a big enough target.