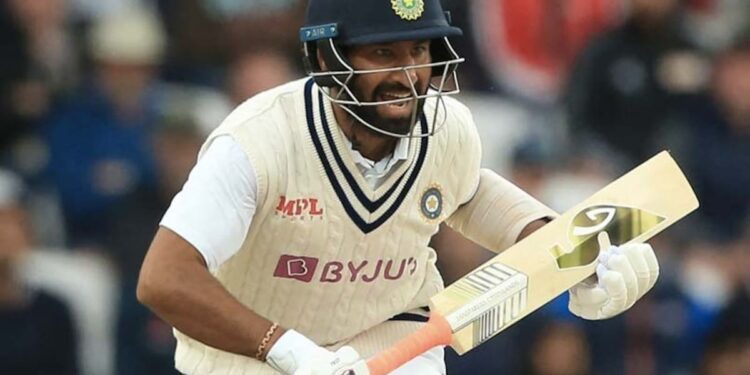 In February, when Cheteshwar Pujara was dropped from the India Test team against Sri Lanka, there were many question marks as to whether this was the end of the road for the veteran batter. He had had a lean period for quite some time. However, Pujara made an inspiring comeback to the Indian team after playing great cricket for his County team Sussex and Ranji team Saurashtra. For Sussex, Pujara scored a double century in his first game and then scored another 200-plus. He also scored two centuries.

Before that stint in County, Pujara played three Ranji matches for Saurashtra, scoring 91 in the first of those matches against 41-time champions Mumbai. From then on, Pujara said he knew “everything was back to normal”.

“If you want to perform for your team, you have to put in the effort. When you play competitive cricket you learn so many things. But sometimes you need that experience, you need that time in the middle and that was the most important thing.”

“I was even preparing for this at home. Even before that I joined the Sussex team. I played three Ranji Trophy matches for Saurashtra. Even in that I found my rhythm. I knew I was hitting well. It was about getting a big score under my belt when i had that in my first game i knew everything was back to normal now i like my footwork my backlift everything went well after that i just wanted to enjoy my game Try to make sure that you contribute to the success of the team. The most important thing is that you have fun on the pitch.”

The BCCI selection committee has appointed a 17-man test squad for the fifth rescheduled Test against England to be played in Edgbaston, Birmingham, July 1-5. India currently leads the test series 2-1.