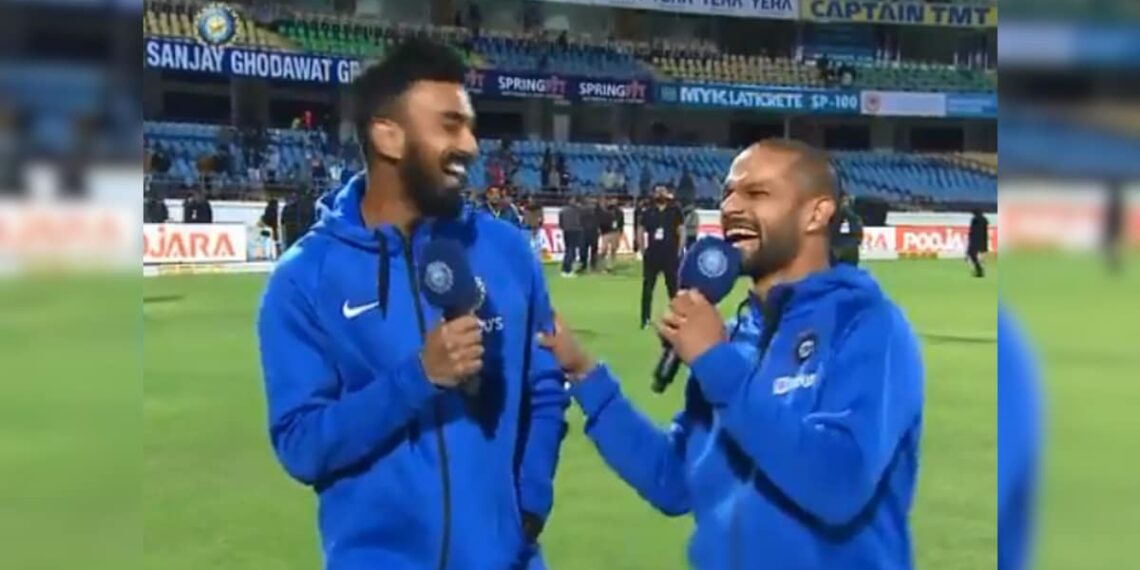 A consistent Shikhar Dhawan and an extremely talented KL Rahul will battle for the opener’s slot, even as a top-heavy Indian batting line-up will strive to transform and show more intent against a courageous Bangladesh in the three-match ODI series, which begins Sunday. Throw a fabulously consistent young turk Shubman Gill (rested for this series) into the mix, and coach Rahul Dravid will struggle to fit all the boxes of this jigsaw called Indian top-order. The focus for the coming year will be mainly on ODIs and like the T20Is, India’s approach in the over 50s format needs a turnaround.

Sometimes having a plethora of options isn’t really a good headache as it creates more confusion among the team’s rank and file.

When there are similar skill options, the coach tries to give everyone equal chances, but the result is that there is no set lineup and this is not an ideal situation when a big event is just around the corner.

Currently, the Indian white ball team is now going through that particular stage.

A few years ago, Rohit Sharma and Shikhar Dhawan were automatic picks as India’s favorite ODI opening pair, with hardly any questions asked or their place debated.

But Dhawan’s sluggish approach in the Power play overs and Gill’s emergence as a powerful 50-over opener will undoubtedly create opportunities.

KL Rahul played a few matches in the mid-table during the final stages of Ravi Shastri’s coaching stint, but he likes to hit the top and has had quite a bit of success too.

Ironically, the numbers don’t give a clear indication of who Rohit’s opening partner for the series should be.

Rahul, who has five hundred and ten fifties in 45 ODIs with a healthy stroke rate of 85 plus and an impressive average of 45, seems like a better candidate.

But before the opening game, in case the team management wants to give rest to a jet-lagged Dhawan, who has flown all the way from Down Under to join the team in Mirpur, Rahul will surely join Rohit at the top.

While Virat Kohli at number 3 is an automatic pick, Shreyas Iyer as India’s number 4 is slowly settling in. Rishabh Pant, after his exploits in England’s ODI series, stays ahead of Ishan Kishan to start as No. 5 in the line-up.

Pant has received a lot of flak for some of his cheap dismissals in T20s, but despite some underwhelming showings in the recently concluded series, he remains first-choice keeper in 50-over format Kishan, who prefers to open in T20 having already made his three half-centuries in ODIs hitting No. 3 or 4.

It is believed that Kishan is not seen as a finisher and therefore if played he must fit somewhere in the top four.

But this whole equation can be turned upside down if Rahul decides to keep wickets, something he has done sporadically in the past.

Without Sanju Samson in this particular series, Rajat Patidar and Rahul Tripathi, two consistent domestic cricket and IPL performers will have a chance or two to stay in the mix.

Tripathi also throws a bit of sewn stuff and in the absence of Hardik Pandya (rested due to workload), the Pune man might provide a backup option.

With Mohammed Shami ruled out with a shoulder injury, Umran Malik, who looked impressive in favorable New Zealand conditions, has the chance to show another facet of his bowling on courses expected to be batting-friendly. The pitches are probably a bit slower.

Deepak Chahar, Mohammed Siraj and Shardul Thakur look certain to start against a Bangladesh side that will miss regular skipper Tamim Iqbal.

The Indian team must not have forgotten the recent sticking they got from newly appointed ODI captain Litton Das in a T20 World Cup match in Adelaide.

Litton will be happy to lead from the front, but it is Taskin Ahmed’s bowling without Bangladesh that will stand the real test. Mustafizur Rahaman, Ebadot Hossain, Shakib Al Hasan form is a powerful attack, but not formidable by any stretch of the imagination.