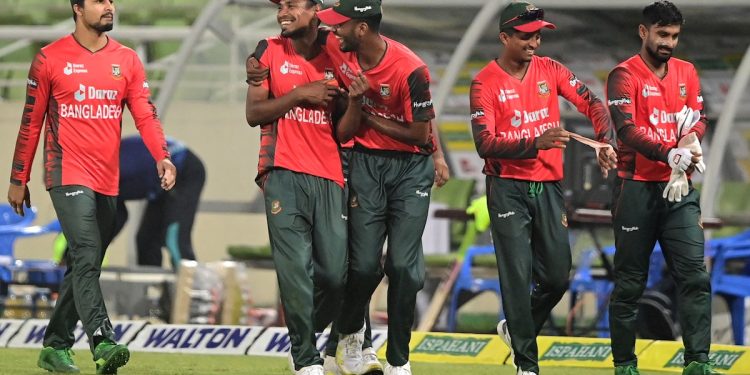 Bangladesh defeated Afghanistan by 61 runs in the 1st T20I.© AFP

Left-arm spinner Nasum Ahmed and batsman Liton Das helped Bangladesh stop an eight-game loss in Twenty20 internationals on Thursday with a resounding 61-point win over Afghanistan in Dhaka. Nasum returned with his career best score of 4 for 10 as Bangladesh defeated Afghanistan for 94 runs in 17.4 overs after Liton’s 60 off 44 balls led the squad to 155-8 at the Sher-e-Bangla National Stadium. The win ended Bangladesh’s long run of defeats in T20Is, starting at the Twenty20 World Cup in Oman and the UAE last year and giving the side a 1-0 lead in a two-game streak.

Nasum took four wickets in his lone spell and opened the bowling for Bangladesh to give the hosts a firm grip on the game as they reduced Afghanistan to 20 for 4 within five overs.

Najibullah Zadran and skipper Mohammad Nabi briefly stopped the rot with a 37-run fifth-wicket stand before Shakib Al Hasan knocked off both.

Zadran, dropped on four by wicketkeeper Liton, made 27 from 26 balls. Azmatullah Omarzai put in a late fight to score 20 from 18 balls, but it wasn’t enough.

“Pleasant to see the guys in the middle fighting with the bat, ball. The energy was good too. We thought it was totally defensible. Nasum bowled really well, it was a match-changing spell,” said Bangladesh skipper Mahmudullah Riyadh.

Nabi from Afghanistan lamented the loss of early wickets.

“We thought we could chase it but threw our wickets away in the power play which cost us the game,” he said.

But Liton hit four fours and two sixes to ensure the home side made steady progress.

Afif Hossain made 25 from 24 balls and shared 46 runs with Liton for the fifth wicket.

Farooqi ended Liton’s good innings when Azmatullah caught the right leg in the 17th over.

Farooqi and Azmatullah claimed 2-27 and 2-31 respectively for Afghanistan.

The second game of the series will be played on Saturday at the same site. 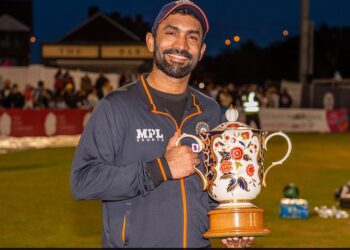