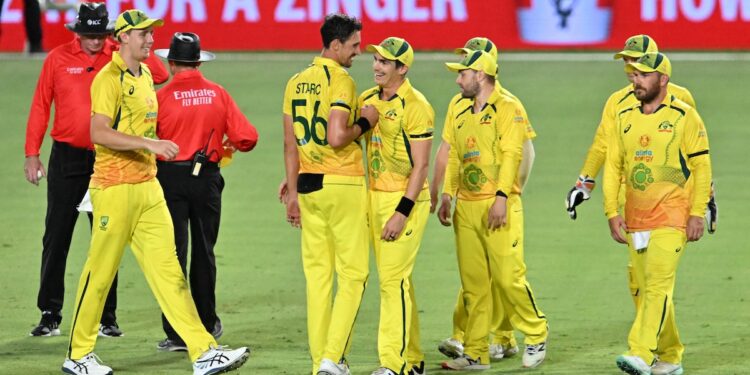 Team Australia faced a narrow defeat to India in the third and final T20I of a three-game series at the Rajiv Gandhi International Stadium, Hyderabad, on Sunday. Despite a massive 186/7 total, with Tim David and Cameron Green scoring 54 and 52 runs respectively, the bowlers failed to defend the goal as Team India took the win with 6 wickets and one ball in hand. With this win, the Rohit Sharma-led team also claimed the three-game run 2-1. After the match skipper Aaron Finch stayed positive and said playing such a “tight run” against India would help his team get into good form.

“Really good run. The way we fought back was fantastic. Really with a young player like Green we have such an impact. We had to get wickets but you can’t rely on India being in it. Sometimes we were sloppy with bat and ball, but playing a tight run like this against a world-class side will serve the boys well. I loved the way he picked up the game with his ultra-aggressive approach,” Finch said in a post-match presentation. contest.

During the match, Suryakumar Yadav and Virat Kohli played punches of 69 and 63 respectively as Team India chased the goal of 187 to win the third T20I by six wickets to take the series 2-1.

Previously, Tim David and Cameron Green had scored 54 and 52 respectively to help Australia to 186/7 in 20 overs. For India, Axar Patel returned with three wickets.

Team India will then face South Africa in a three-game T20I series, which begins on Wednesday.