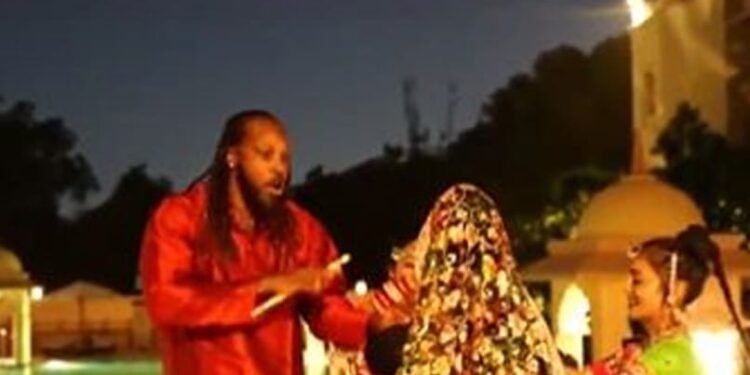 Virender Sehwag and Universe Boss Chris Gayle among the other Gujarat Giants players of Adani Sportline celebrated Navratri in Jodhpur on the sidelines of Legends League Cricket on Saturday. As India celebrates one of the country’s biggest festivals, the cricketers showed stunning moves as they groove to traditional music during a special garba night.

The cricketers, who are generally seen on the pitch in cricket outfits, mesmerized the fans by performing garba in the traditional outfit.

Gujarat Giants are currently in Jodhpur for Legends League Cricket. The Sehwag-led team has qualified for the play-offs and will play the eliminator match at Barkatullah Khan Stadium on Monday.

While playing for Gujarat Giants, Gayle has recorded scores of 15 and 68 respectively. Both scores came against Bhilwara Kings.