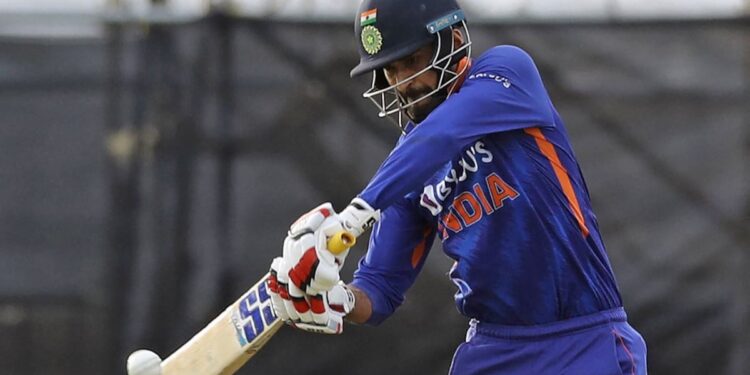 Deepak Hooda in action in the 2nd T20I vs Ireland© AFP

Deepak Hooda continued his great form with the bat as he beat a close century in the 2nd T20I against Ireland at Malahide in Dublin. Hooda, whose undefeated knock of 47 helped India win the first match of the series, looked good as he took apart the inexperienced Irish bowling attack. Hooda came out to punch at the fall of Ishan Kishan’s wicket in the third over and never looked back as he and Sanju Samson punished the Irish bowlers.

Hooda was the aggressor when he started pushing the boundaries from the get-go. He hit Josh Little for two limits in the fifth and started Craig Young’s sixth with a max.

He continued the carnage there after hitting boundaries and sixes at will when he hit Conor Olphert for 17 runs in the 12th over.

Olphert was on the receiving end of more woes when Hooda hit him twice in a row in the 14th about to go into the 90s, even as Samson turned his half-century on the other side and started shifting gears as well.

Samson was sacked for 77 of 42 balls, but not before he and Hooda added 176 runs for the second wicket, which is now the highest T20I partnership of any wicket for India. It is the 9th highest partnership in T20Is

Hooda eventually spawned his first international century in just 55 balls as he laid the groundwork for a massive score for India.

He was eventually fired for 104 of 57 deliveries. Hooda hit 9 fours and 6 sixes during his stay at the center.