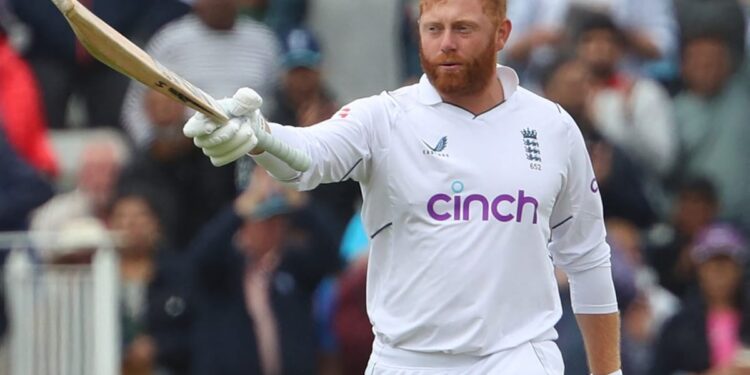 Jonny Bairstow led England’s revival on Day 3 after the Indian bowlers took over the duties of the ongoing fifth Test at Edgbaston in Birmingham. After starting cautiously on Day 2, Bairstow got into his groove after England resumed play from their overnight score of 84 for five on Day 3. Virat Kohli was seen sledging Bairstow and the two were involved in a heated exchange, and this seemed to stir something in the English batter, as it stalled shortly afterwards, spawning its third straight century with just 119 deliveries.

On Twitter, former Indian batter Virender Sehwag said that while Bairstow was hitting like Chesteshwar Pujara early in the morning session, Kohli’s sleds set the English batter all ablaze, and he ended up as Rishabh Pant, who had scored a brilliant 111- . ball 146 on day 1.

Bairstow hit 13 of 61 balls when the camera caught Kohli walking up to him and signaling him to stand in his fold.

Kohli also made hand gestures and asked Bairstow to keep quiet too.

After the incident, Bairstow’s counterattack took England past the 216 run, allowing them to avoid a follow-up.

His century saw him pick up where he left off against New Zealand. In the series against the Kiwis, which England won 3-0, Bairstow slammed centuries in the last two games to help England out of trouble, and also hit a quick unbeaten half-century.

Bairstow was eventually sacked on 106 out of 140 by Mohammed Shami, as Kohli took a sharp catch on the first slip.