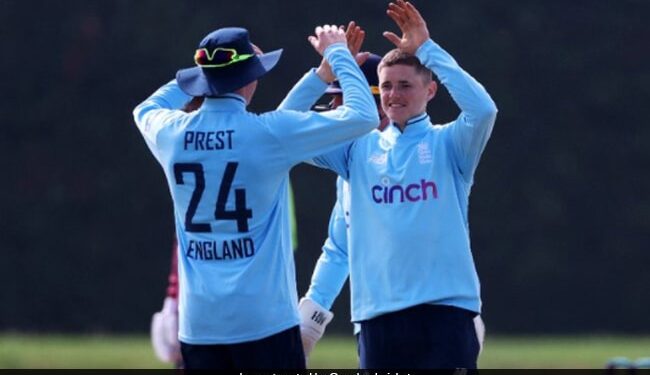 The England U19 squad, led by Head Coach Richard Dawson, on Wednesday selected a 15-man squad and two traveling reserves for the ICC U19 Men’s Cricket World Cup. Tom Perst of Hampshire has been chosen as captain of the squad, with Jacob Bethell of Warwickshire as vice-captain.

The tournament will take place in January in the Caribbean, with England in Group A alongside the 2020 winners, Bangladesh, Canada and the United Arab Emirates. England won the plate final in the 2020 tournament.

Richard Dawson said in an official release: “It is always a hugely exciting moment for any young cricketer to be selected in a representative selection of age groups, especially if it is for a World Cup.”

“We are really looking forward to going out and testing ourselves against the best young players in the world, continuing our development as a team and as individuals,” he added.