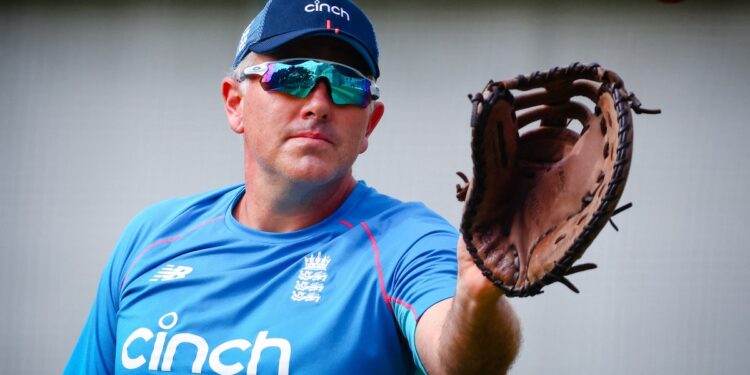 England coach Chris Silverwood paid the price for Australia’s unfortunate loss of the Ashes series by leaving his post on Thursday, the England and Wales Cricket Board announced. Silverwood’s departure came a day after Ashley Giles, who hired him in 2019, was fired from his role as England’s general manager of men’s cricket. England’s 4-0 reverse in Australia means they have now won just one of their last 14 Tests, although Silverwood’s tenure has coincided with the coronavirus pandemic.

Former England captain Andrew Strauss has temporarily replaced Giles and will oversee the appointment of an interim coach for the March tour of the West Indies “in the coming days,” said ECB chief executive Tom Harrison.

Harrison said Silverwood had given “absolutely everything” to make the track a success, pointing to victories in the Test series in South Africa and Sri Lanka, and that he was a man of “great integrity”.

“He has led the England men’s team through an incredibly challenging period for English cricket with great resilience and empathy, and he deserves our sincere thanks and gratitude,” Harrison insisted.

Former England left-arm spinner Giles faced new criticism at the Ashes for giving Silverwood sole authority to side after being behind national selector Ed Smith’s sacking.

Silverwood, who had been involved in a controversial rest and rotation policy during series losses to India and home to New Zealand in 2021, came under fire again after several bizarre roster decisions in Australia.

For example, despite all the tension of a grueling schedule and ‘bubble’ cricket, it was hard to explain why England dropped their two most successful Test bowlers of all time, James Anderson and Stuart Broad, from the series opener in Brisbane.

England trailed 3-0 in a run of five games within 12 days of cricket, mocking Silverwood’s comment that the “Ashes are a marathon, not a sprint”.

They only avoided a whitewash with a tie in the fourth Test when Silverwood found themselves in Covid-enforced isolation.

The 46-year-old former Test paceman joined the England backroom staff as a bowling coach in 2018 before succeeding Trevor Bayliss as head coach after a draw to home Ashes series the following year.

Silverwood was tasked with breaking England’s test record after their white-ball form improved so spectacularly under Australian coach Bayliss that Eoin Morgan’s men won the 50-over World Cup three years ago.

But even the runs of England star batsman Joe Root, who looks set to remain the Test captain, cannot prevent a succession of damaging collapses.

“It has been an absolute honor to be the head coach of England and I am extremely proud to have had the opportunity to work with our players and staff,” Silverwood said in the ECB statement.

“The last two years have been very demanding, but I have really enjoyed my time with the team. I am very proud of this group given the challenges.”

Among those touted as possible successors to Silverwood are Gary Kirsten, a former South African opener who has coached both the Proteas and India, and Alec Stewart, a former England captain who oversaw the development of several members of the current Test side in Surrey.

Australian great Ricky Ponting has also been associated with the track.

And while both the director and head coach have now departed, Harrison – under fire for both presiding over the current set-up and the ECB’s response to a racism scandal sparked by revelations from former Yorkshire spinner Azeem Rafiq – in his position .