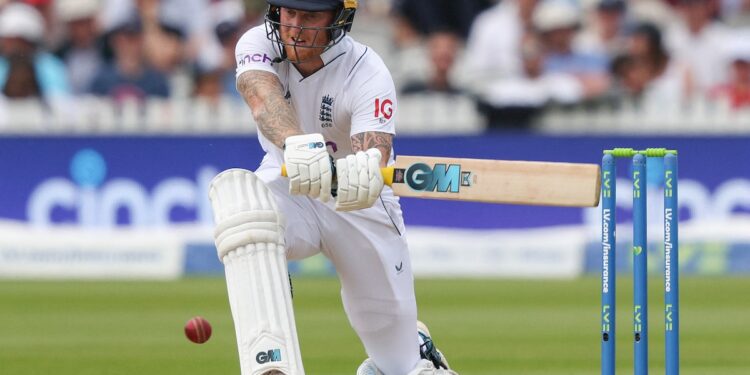 England’s new head coach Brendon McCullum insisted he had nothing to do with captain Ben Stokes’ aggression after he oversaw a 3-0 whitewash of his native New Zealand during his first series in charge. McCullum was known for his dynamic approach as the New Zealand captain’s attacking mentality now dubbed ‘Baz ball’, in deference to his nickname, once again emerged during the third Test at Headingley on Monday.

England, after the rain washed out the final morning session, took just 15.2 overs to score the remaining 113 runs they needed to reach a 296 goal for a seven-wicket win that followed a five-wicket pair victories over the Test world champions at Lord’s and Trent Bridge.

Jonny Bairstow scored a blistering 71 on Monday – England’s second fastest Test 50 of all time – splitting a straight 111 with former England captain Joe Root (86 not out).

Bairstow’s innings followed a majestic 162 that revived England from the depths of 55-6 in their first innings.

It was all a far cry from the timid play that had so often characterized England’s performance in a run of one win in 17 tests prior to this series.

That rotten return led to Root’s resignation as captain after team director Ashley Giles and coach Chris Silverwood were sacked after a disastrous loss in Australia’s Ashes series.

However, McCullum insisted he hadn’t “done much” while England was laundering New Zealand.

“I’m aggressive, but I think Ben is covering me,” McCullum told the BBC.

“He really pushes to the limit and sends a strong message that this is how the team will play.”

“To walk away with a 3-0 series win against the best team in the world is a pretty special start,” Stokes said.

“When I took over this job it was about more than just results – it was about changing the guys mindset towards test cricket, having fun, enjoying representing your country. Then the results will take care of themselves .

“It’s unbelievable to say we did it so quickly.”

New Zealand captain Kane Williamson, who missed the second Test with a Covid-19 attack, was left with a lack of first-class runs, including from his own bat.

But despite missing several New Zealand games in the 12 months since leading the Black Caps to victory over India in the inaugural World Test Championship final due to a long-term elbow injury, the 31-year-old star batsman couldn’t help but notice. thought to step down as skipper.

“I definitely love playing for this group and being their leader,” he said. “It was an interesting time and a challenge, but the appetite is still mine.”