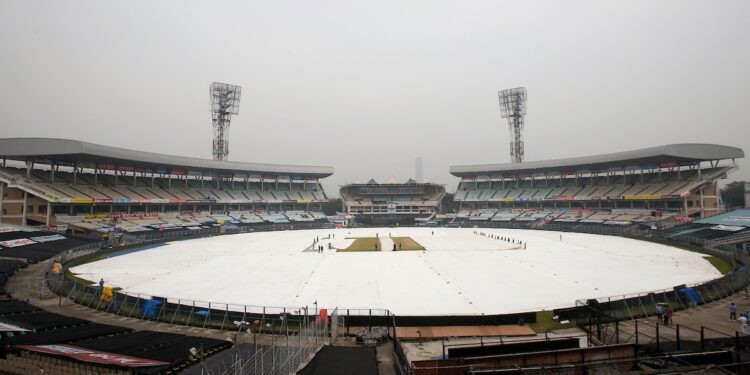 A general view of the Eden Gardens in Kolkata.© BCCI

Gujarat Titans and Rajasthan Royals – respectively the top two teams in the IPL points table – clash in Qualifier 1 of IPL 2022 at the Eden Gardens in Kolkata on Tuesday. At stake is a place in the final, while the loser will play Qualifier 2 against the winner of the Eliminator between Royal Challengers Bangalore and Lucknow Super Giants. The IPL train moves to Kolkata on Tuesday, but the weather in the city could play a big part in the match. According to AccuWeather, a “thunderstorm or two” is expected in the evening, which could lead to delays in the rain.