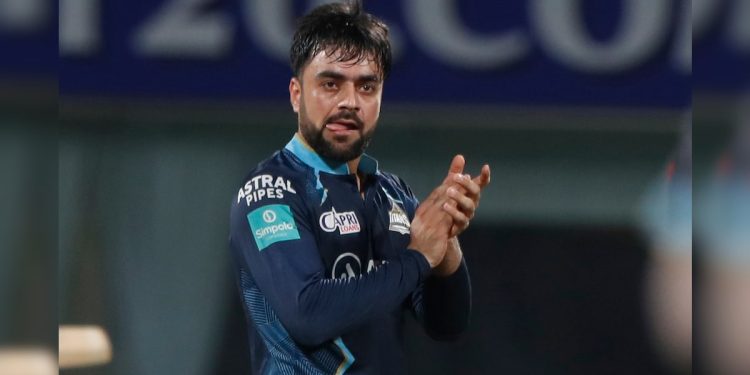 Hardik Pandya led from the front with inspiring performances and also does his best to create a happy team environment leading to a great start for Gujarat Titans in his first IPL campaign, Rashid Khan believes. Gujarat now tops the table with four wins from five games and Hardik is currently second in the list of go-getters and also bowls well in every game.

“The way he (Hardik) has led the team, the way he’s maintained the team environment both on and off the field, has been amazing so far,” Rashid said at the virtual press conference after the game.

Rashid, the ace spinner from Afghanistan, said that Hardik was someone who always makes bold decisions.

“He (Hardik) is someone who always makes that brave decision, always has confidence and he’s someone who has a very clear vision of what he’s going to do.

“This is important as a captain if your mind is clear and you make the right decisions, the result will come by itself,” Rashid added.