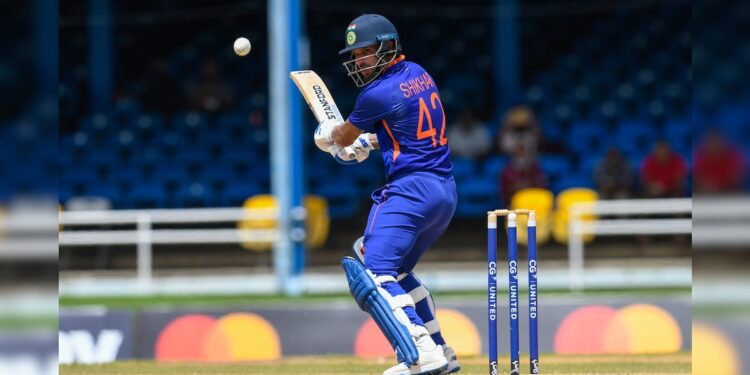 Shubman Gill earned a recall from the Indian ODI side this year and took his chances with both hands winning the Player of the Series award against both the West Indies and Zimbabwe. In the six games he played against the Windies and Zimbabwe, Gill scored three half-centuries and a century. He could have had another ton too, but the rain played a bummer and left him stranded at 98 in the 3rd ODI against the West Indies. Former New Zealand all-rounder Scott Styris said the 22-year-old has “a huge future ahead of him” and is putting pressure on veteran opener Shikhar Dhawan as the World Cup is played in India next year.

“That’s such a tough question and the reason I say that is because you have four or five players who can all open up and do a great job,” Styris told Sports18 on whether Gill can be India’s first pick. become.

Captain Rohit Sharma and Dhawan are currently the favorite openers.

“The question you have is, do you just pick who is in the best shape at the time, or does what they’ve done in the past count for something? What have they done in the ICC events? All these things come into the equation Styris continued.

“I think he has a great future ahead of him for this Indian side. So yes, that’s the answer. He’s putting pressure on Shikhar Dhawan,” he said of Gill.

However, Styris noted that Dhawan has an advantage over Gill.

“Is he going over the top of them? I still think they love that left-handed option. There aren’t many top left-handers who take the game by the scruff of the neck in Indian cricket as an opener and that’s why Shikhar Dhawan has that in his favor So maybe Shubman Gill should bide his time a little bit or as we saw number 3 could be a spot for him,” he said.