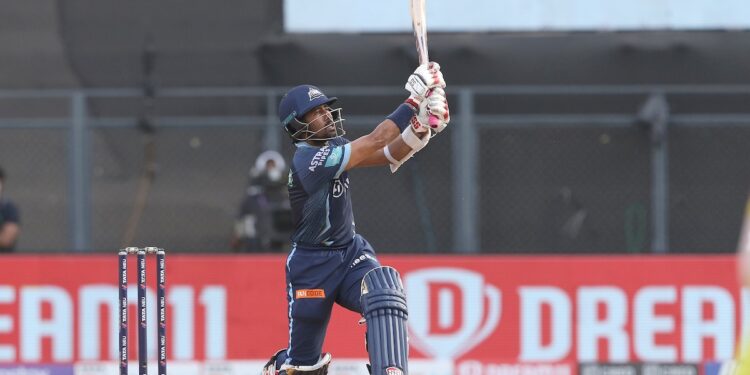 The pain and disillusionment were palpable as a disgruntled Indian wicketkeeper batter Wriddhiman Saha on Monday called Motera Stadium his new “home ground” after playing his entire life at the iconic Eden Garden. It wouldn’t have been easy for the Gujarat Titans gauntlet man to return to the venue, where he made a dream debut at Ranji with a hundred in 2007, but won’t play for the state after clashing with the establishment.

Saha is looking for an exit from Bangladeshi domestic cricket after a CAB official questioned his commitment to Ranji tam state.

“Here I represent Gujarat so my home ground is Motera Stadium, I believe in that. As I am no longer with KKR, Eden is not my home,” Saha said in a virtual media interview ahead of their IPL qualifier One clash against Rajasthan Royals.

While he called Motera his home ground, ironically not a single match of the ongoing IPL has been played in Ahmedabad so far.

When asked if he would play for Bengal in the Eden again, the 37-year-old replied: “I can’t answer the second part of your question.” “I may have played a lot of games here in the past, but I’m here to play an away game,” said Saha.

Veteran Saha was at odds with the creation of Cricket Association of Bengal after they named him to the quarterfinals of the Ranji Trophy against Jharkhand without his consent.

Saha was annoyed that CAB assistant secretary Debabrata Das questioned his commitment after he withdrew from the Ranji competition.

Saha is annoyed that his state association has not supported him in his “tough times.” He has verbally requested a declaration of no objection (NOC) from CAB to leave Bengal.

Saha is currently enjoying a purple patch with the bat in the IPL with 312 runs from nine games, including three half-centuries.

He was not chosen for the Indian test team with head coach Rahul Dravid telling him they were looking for a younger second keeper alongside Rishabh Pant.

An enraged Saha had then expressed his anger at both BCCI president Sourav Ganguly and Dravid.

So it came as no surprise that Saha was not selected in the roster for the one-off series that decided the test against England at Edgbaston in June.

Saha said he doesn’t want to think much more about Team India’s selection and his repeated rejections.

“It’s always the team first for me and not the individual performance. I don’t think about the selection of (Indian team) as we are here to play the Qualifier One. All our focus is on the game,” Saha said. eve of their IPL Qualifier One against Rajasthan Royals at Eden Gardens.

“My main goal is always to contribute to hitting, keep every game I play in and get the team over the line. That’s my number one priority and it’s always a bonus to reach a personal milestone – – fifty or 100.”

Speaking of his rich form, Saha said he enjoys hitting the top.

“The role given to me here suits me best. I like to pull out all the stops and take risks in the first six overs,” he said.

“I’ve played in qualifying, IPL final in the past. I’m aware of the environment, but it’s just another game for us. Won’t do anything extra, that’s our schedule,” he said.