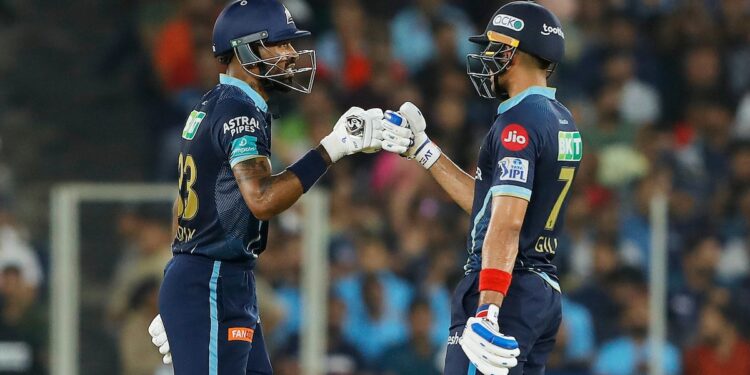 Hardik Pandya impressed with his captaincy in the Indian Premier League (IPL). Captaining Gujarat Titans, he confidently led his team to the title in its first season in the T20 franchise cricket league. He also performed with the bat and the ball. He put together a brand new team and forced them to perform better every day. GT, under Hardik, also finished top of the competition stage with 10 wins. Then they were the first team to qualify for the final and won the title clash against Rajasthan Royals with ease.

The Hardik captaincy has been praised by several former players such as Virender Sehwag and Sunil Gavaskar. Now his GT teammate and wicketkeeper Wriddhiman has praised Saha Hardik.

“Hardik showed faith in all those players that were released by the different franchises, in whom no one believed. I was unsold (on the first day of the IPL 2022 mega auction). I didn’t get any chances at the beginning. Then he came and told me that I had to take the responsibility of an opener. I regained my confidence. He gave me a stage to prove myself. I can never forget his contribution. I tried my best to repay his faith. In fact, everyone in the team has fulfilled their duties, that’s what you need to become a championship team,” Saha told Anandabazar Patrika Bangladeshi newspaper.

“Hardik knows how to manage a side. A captain’s job is to keep in touch with everyone and understand their game, Hardik had no shortage of that. He’s gone through a sea change. He used to be restless, but is now completely changed now. He never lost his cool on the pitch, always showed confidence in everyone.”

Saha was happy with the confidence GT gave him. “A captain will always be happy when the openers perform. The most important thing was that he believed in me. Hardik always said that if we don’t start well in several games, the dugout under a lot. So it was my job to help the team off to a good start,” he added.