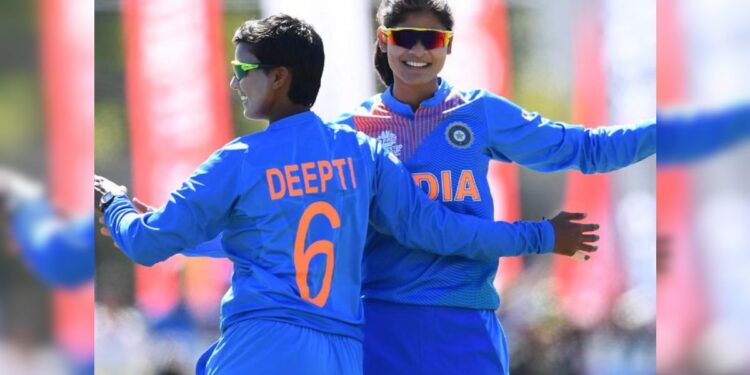 Following her stellar performance in the just concluded T20I series against Sri Lanka, India’s left arm spinner Radha Yadav has risen to 13th in the ICC Women’s T20I player ranking. According to the latest rankings released by the ICC, Radha Yadav has moved up seven places to 13th among bowlers after taking four wickets in the series against Sri Lanka, which India won 2-1. In the batting standings, Sri Lankan captain Chamari Athapaththu has moved up one place to the best seventh position of his career after racking up 139 runs in three games.

She had not beaten a match-winning 80 in the final T20I in Dambulla.

Athapaththu has also won two places to reach seventh on the all-rounder list.

The other Indian bowlers to move up the rankings are Pooja Vastrakar, who moved 30 places to 32nd place, and Renuka Thakur, who jumped 83 places to reach 97th place.

Meanwhile, Sri Lanka’s Anushka Sanjeewani has moved up four spots to sixth place among the batters.