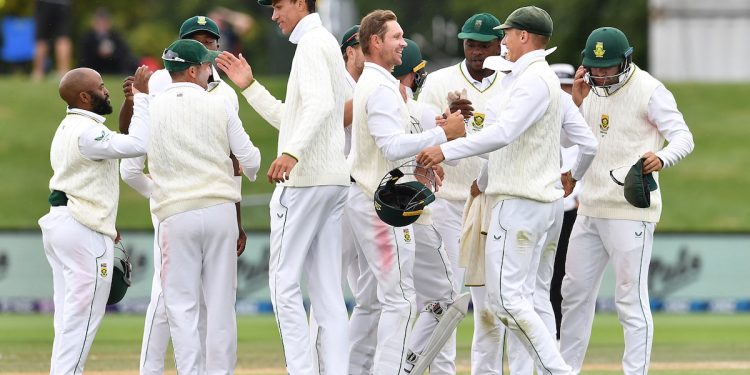 The loss of 198 points in the second Test against South Africa at the Hagley Oval in Christchurch proved a bitter pill to swallow for World Test Championship title holders, New Zealand. The defeat, which meant a 1-1 draw in the two-game series, moved New Zealand to sixth in the standings after winning just two of the six games they had played in this WTC cycle. The win for South Africa was their third in five games, as they topped last time’s WTC finalists India, who are currently in fifth place.

New Zealand started the series with an emphatic win by an innings and 276 runs in the first Test in Christchurch.

However, the visitors recovered tremendously as they showed tremendous fighting spirit to take a 198 run win to even the series.

This win also denied New Zealand their first-ever series win against South Africa in their 90-year history of playing each other in Test match cricket.

The table is currently led by Sri Lanka, which has taken two of the two wins in this WTC cycle. Following them is Australia which had a significant rise after their spectacular show in England’s 4-0 Ashes rout at home.

With just one win, England remain in last place for their Test run against the West Indies away.

All eyes will be on India and Sri Lanka as they compete in a two-match test series that starts in Mohali on March 4.