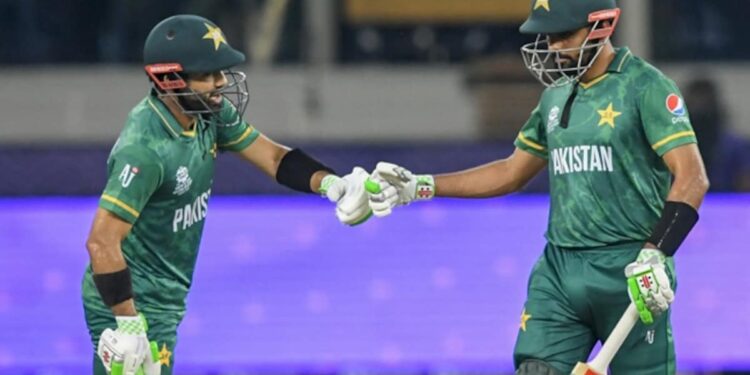 Former Pakistani skipper Rashid Latif heaped praise on openers Mohammad Rizwan and Babar Azam after the pair led the team to an easy win over the West Indies in a three-game T20I series earlier this week. Pakistan managed to wipe out the Windies, who were missing some of their big stars for various reasons. Analyzing Rizwan and Babar’s performances in the third T20I, the former Pakistani wicketkeeper batter made an interesting observation, comparing the duo to their Indian counterpart, Virat Kohli and Rohit Sharma.

“About a year ago we used to say that Pakistan doesn’t have players like Virat Kohli, Rohit Sharma or KL Rahul, especially not in T20 cricket. But I think over time the Indians will say ‘we don’t have players’ like (Mohammad ) Rizwan and Babar (Azam)’,” Latif said during a post-match discussion on the PTV sports show ‘Game On Hai’.

Babar and Rizwan had been criticized in the past for their score. However, the 53-year-old emphasized that both players have definitely improved their hitting power this year.

“Earlier, we also had reservations about their scoring percentage, but they made up for it by running their innings perfectly,” he stated.