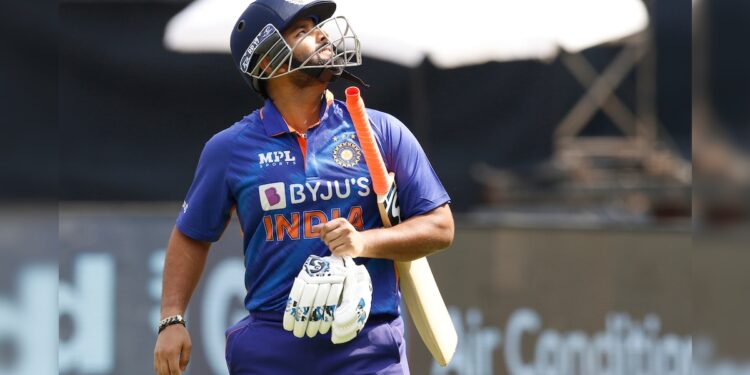 Rishabh Pant had opened the innings in the 2nd ODI against the West Indies.© BCCI

Indian batting coach Vikram Rathour said the team has not yet decided whether it will experiment again in the T20I series against the West Indies by opening the battle with Rishabh Pant. The wicketkeeper-batter opened the at bat in the second ODI against the West Indies last week, hitting at number 5 when Shikhar Dhawan was back in the mix in the final game. “We haven’t really decided yet, we still have a few days to go. We had a travel day and a rest day, so today we have our first day of practice, once we get to the wicket and the type of surface we play,” Rathour said during answering an ANI question during a virtual press conference on Monday.

“We’ll see then, we have options available, KL is out, I get it, we have Ishan and Ruturaj in the mix, so we’ll see,” he added.

India’s batting coach stressed that Pant is more suited to play in the middle class as per the team requirement for now.

“We have options, Rishabh is a fantastic player, he can play cricket well in the order, but it depends on what the team needs and what we are looking at,” said Rathour.

“I have no doubt that he will also be in the team after 2023, but we can use him more precisely in the middle or lower order,” he added.

India and the West Indies will face each other in a three-match T20I series, which starts on Wednesday at the Eden Gardens, Kolkata.