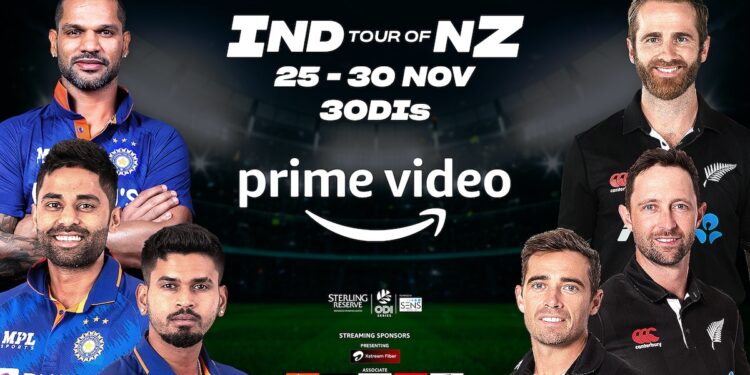 India go into their second ODI against New Zealand in Hamilton with everything on the line after losing the series opener on Friday. It was a feat the Indian bowling unit would like to forget as they failed to defend over 300 despite the hosts being cornered at one point. A double century partnership between Kane Williamson and Tom Latham fulfilled India’s hopes of breaking their 4-match losing streak against Kiwis in 50-over cricket. Shikhar Dhawan’s young band will have another go at the Blackcaps and they hope to stop the Kiwi juggernaut and hence the second ODI will also be a must watch for the fans.

As for the batting department, skipper Dhawan looked good on his return to international cricket as he scored a classy 72. Shubman Gill (50) and Shreyas Iyer (80) also looked good but India would need one of the top three hitters to hit a big hit if they want to knock the Kiwis out of the game in case they bat first again.

Sanju Samson’s form is also encouraging but Rishabh Pant needs to find his mojo as he is a batsman who can give India the finish they need to score over 350.

The bowlers certainly had a bad day and players like veteran Yuzvendra Chahal will have to show more biting and trickery, even if the circumstances are not in his favour. Umran Malik impressed with his speed and verve, but fellow debutant Arshdeep will have to be sharper to trouble the Kiwi batters.

The fans can enjoy watching the competitive series on Prime video where a great roster of commentators will continue to give their razor-sharp analysis of match situations and player performance in five different languages: English, Hindi, Telugu, Tamil and Kannada. The fans can experience a more immersive experience thanks to unique offerings such as seamless switching between the different language feeds without any interruption apart from great studio programming.

Prime Video offers a one-hour pre-show in English before each match. The mid-innings break will feature a 15-minute show which is a recap of the first innings and a preview of the second. The live programming also includes a 30-minute post-match presentation and analysis by Prime Video’s cricket experts.

Prime Video puts together a new live sports viewing experience and offers customers new features such as in-game language selector and “Rapid Recap”. The in-game language selector allows customers to seamlessly change languages ​​(e.g. English to Hindi) without leaving the game. Viewers participating in a game in progress can catch up on impressive game highlights using the “Rapid Recap” feature before automatically switching to the live stream.

So it is now or never for the Indian team as far as this series is concerned. A win will keep them alive in the series and break New Zealand’s unbeaten run against them, although the forecast of rain does not bode well for the visitors.

Coverage of the New Zealand vs India 2nd ODI starts at 6AM IST on Prime Video. The match starts at 7 AM IST. 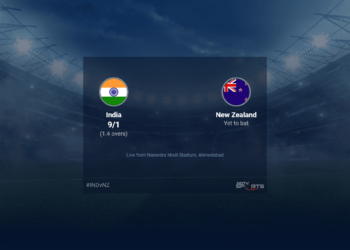