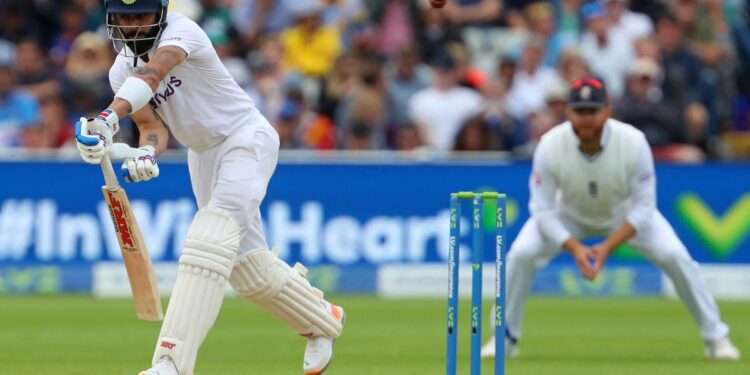 Virat Kohli comes into action during the second innings.© AFP

India has slowly but surely taken a leading position in the fifth rescheduled Test against England in Edgbaston. Their lead has risen past 300 on the fourth day as the Jasper-led side will be eyeing a win from now on. Former Indian captain Virat Kohli’s skinny patch showed no signs of end, however. After he played for 11 in the first innings, he was eliminated for 20 in the second innings by Ben Stokes. The ball formed before driving off late, just so much so that he took Kohli’s bat by the hand and ended up in the hands of wicketkeeper Sam Billings. The drama didn’t end there though as the ball bounced off Billing’s hands, but was taken safely by Joe Root, stationed at the first slip.

Pujara wasn’t out exactly 50 after hitting the milestone in part-time spinner Joe Root’s last day off.

The opener had faced 139 balls, including seven fours, with the 34-year-old more than three and a half hours into the fold.

There have been only two successful fourth inning chases in a Test at Edgbaston in the last 30 years, with South Africa making 283-5 in 2008 and England 211-3 against New Zealand in 1999.