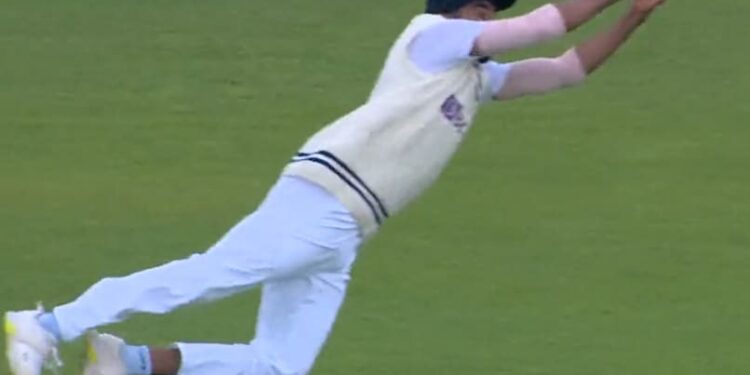 Jonny Bairstow and Ben Stokes got off to a good start for England on Day 3 of the on-going rescheduled Test against India at Edgbaston as the duo scored solidly and put pressure on the Jasprit Bumrah-led side. To make matters worse, Stokes’ catch was dropped first by Shardul Thakur and it looked like India could have a long day in the field. However, Shardul made up for his mistake when he eventually took the wicket from Stokes.

However, the situation unfolded dramatically. On the third ball of the 38th over, Indian stand-in captain Jasprit Bumrah dropped a fairly easy catch from Stokes midway through and disappointment was everywhere. However, the captain made up for his mistake on the next ball when he made a stunning catch to bag Stokes for 25.

Stokes hit the ball pretty hard but Bumrah ducked to the left to make a sharp catch.

A pretty special catch. It has been an exciting morning.

On day 3 of the current test, Bairstow put his half-century forward and he holds the key for England as the hosts aim to get close to India’s score of 416.

Bairstow and Virat Kohli were also involved in a spirited exchange on Day 3 and words were exchanged between the two.

Day 2 of the ongoing test saw Kohli and Bairstow run away together during one of the rain breaks, with both players laughing.

In the first innings, Kohli scored only 11 before being fired by Matthew Potts.

India scored 416 after centuries of Pant and Jadeja, with Anderson taking five wickets for England.